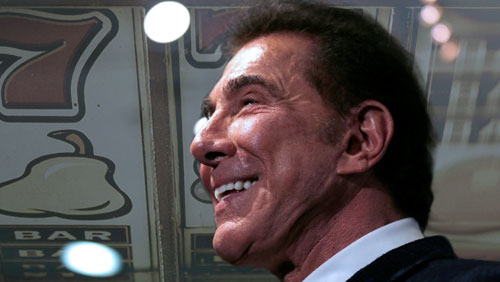 Casino mogul Steve Wynn is flooding the state of Massachusetts with money to keep slots parlor at bay.

The Boston Globe reported that Wynn is now on a spending spree in order to ensure that the residents of the Bay State will say no to slots when they troop and cast their votes on Question 1 on Nov. 8.

But Wynn won’t say how much it plans to spend. And under the state’s political finance laws, Wynn won’t be required to disclose its spending until after the Nov. 8 balloting.

“I don’t think it would be smart to talk strategy now,” said Robert DeSalvio, president of Wynn Boston Harbor.

On the other hand, developer Eugene McCain remains to be the figure head of the pro-slots parlor campaign in Massachusetts. He, however, remains mum on the identity of the person financing his campaign.

He did hint that the still unnamed group, which already spent US$1 million for the campaign, could spend as much as US$10 million.

For DeSalvio, McCain’s secrecy is “troubling.”

Meanwhile, the casino Mogul is set to open the doors of Wynn Boston Harbor in Everett on June 3, 2019.

Patch.com said the date was approved by the Massachusetts Gaming Commission during a meeting last Wednesday.

The unanimous approval of Wynn Boston Harbor’s opening, as well as the project’s final design, has finally put a closure to the years-long endeavor for Wynn. It would be recalled that he found himself in a legal battle from both Boston and Somerville.