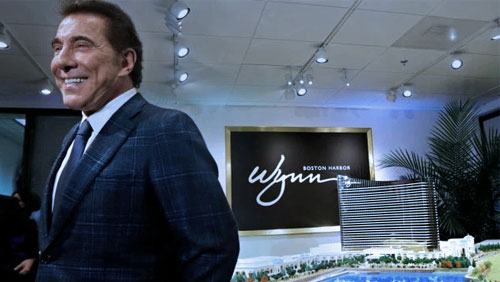 Jane Rothchild, a hearing officer for Massachusetts’ Department of Environmental Protection, came out with a 50-page decision that backed Wynn’s plans for the casino resort, albeit with some revisions that include adding ferry services, a fishing pier, and a kayak and canoe launch near the complex.

Rothchild pointed out that the casino project will bring back “to useful life” the 33 acres of land that has been contaminated for decades with lead, arsenic and other pollutants.

“One does not need to be a casino enthusiast to recognize and acknowledge the benefit that accrues to a city when a long-dormant contaminated waste site is cleaned up and brought back to useful life,” Rothchild said, according to the Boston Globe.

The decision to award Wynn its much-needed environmental permit is ultimately up to DEP Commissioner Martin Suuberg, who is expected to make a ruling in “the coming weeks.” Rothchild’s recommendation, however, could clear the way for Wynn’s shovels to finally dig into the ground.

Wynn Resorts had to shelve the planned groundbreaking of the multi-billion casino early this year after Curtatone filed an administrative appeal questioning the environmental permit the casino operator received in January. The Somerville mayor believes the casino project will seriously affect “the health of city residents as an estimated 18,000 people per day are expected to drive to the casino.”

Rothchild said the city “failed to prove” that the state made a mistake in awarding the Wynn the casino, the Boston Herald reported.

Because of Curtatone’s appeal, the casino operator said the gaming palace wouldn’t open its doors to the public until 2019. Wynn chair Steve Wynn, however, fully expects to win against Curtatone’s “superficial and groundless” appeal.