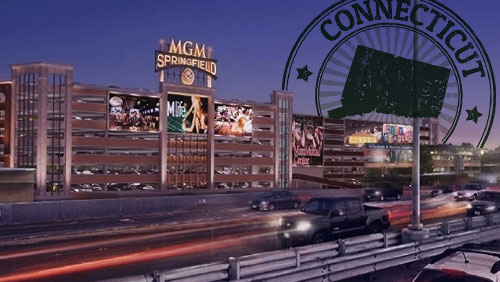 Connecticut financial authorities has painted a grim picture of the state’s annual revenue once MGM Springfield casino opens in September 2018.

The General Assembly’s fiscal office estimated that MGM Springfield casino will cost the state $68.3 million in annual revenues since its operations will directly affect Indian gaming payments to the state, according to MassLive.com.

From $267.3 million in fiscal 2018, state financial authorities predicts that Connecticut’s revenue will fall to $199 million in fiscal 2019. It added that annual revenues of Indian gaming payments will further shed $2.4 million in 2020, though it is not clear whether that is due to the Springfield project as well.

The report made by the Office of Fiscal Analysis was forwarded to the state lawmakers, who inquired on MGM casino’s potential impact in Connecticut for fiscal year 2019.

Early this year, leaders of Connecticut’s two federally recognized tribes have sounded the alarm over the possible negative impact of MGM Springfield to the state’s gambling industry.

Aside from state revenue losses, MMCT, a Mohegan-Mashantucket Pequot casino company warned that out-of-state casino like MGM Springfield could also cost Connecticut 9,300 jobs. For his reason, the tribes called on the state government to work together to prevent “losses of this magnitude” to Connecticut.

“We are fully aware of the negative impact MGM’s facility will have on both jobs and revenue,” MMCT spokesman Andrew Doba said in a statement, according to the news website. “A hit like this to the state’s bottom line will lead to more cuts to essential social services, and more tough choices for our state leaders. We need to get this right, and make sure that losses of this magnitude never come to fruition.”

In a separate statement, MGM dismissed the findings of the General Assembly’s fiscal office as it contends that a new casino in southwestern Connecticut could generate “far more revenue” than $68.3 million.

“As we have been saying for more than a year, if Connecticut wants to maximize job creation and revenue for the state, it needs to open up the process so that it is fair, transparent, and competitive,” MGM Resorts International Executive Vice President Alan Feldman said in a statement. “At least one economic report has suggested that a casino in southwestern Connecticut has the potential to generate many more jobs and far more revenue than the number contained in this OFA report.”