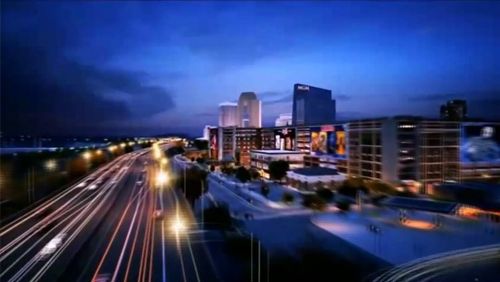 MGM Resorts is going well above its original cost estimate for the planned casino in Springfield, Massachusetts.

The casino operator initially expected to spend $860 million for the project, but on Wednesday, MGM updated its cost analysis to more than $950 million, including capitalized interest and land-related costs.

The Las Vegas-based company previously announced that it is scaling down the total square footage of the Springfield project. Last September, MGM nixed the 25-story hotel tower in favor of a new design that will have 250 rooms crammed in six floors. The casino operator followed this up with another announcement less than a month later, saying it will remove at least 759,157 square feet from the originally planned 881,691 square feet.

The redesign was due to “steep cost increases,” but MGM Resorts has yet to specify what these changes are, according to MassLive.

“When we started this, we thought it could be accomplished for $750 million,” MGM Resorts International President Bill Hornbuckle said in a statement. “The reality, is this project will exceed $950 million. I wish it didn’t, I wish we could do it for less, but we can’t. We made commitments to this community we are going to honor.”

MGM Springfield will occupy a 14.5 acre site in Springfield’s South End. The project, however, has proven to be problematic for the casino owner. MGM Resorts won the license to build a casino last year, but had to delay the resort’s opening by a year due to highway construction and changes to the design.

The new design, which call for a 14 percent footprint reduction, will focus mainly on back-of-the house space, according to MGM. The hotel will be reduced by 2.15 percent, while bowling and entertainment facilities will see a 0.52 percent footprint drop. The rest of the space cuts will occur in the loading area, kitchen space and other non-customer facing areas.

MGM Springfield broke ground early this year, and the company has already reached out to minority-owned and women-owned contractors for the development project. Brian Packer, VP of construction and development, said the company has already spent more than $23 million on construction and employed 675 workers, many of whom were involved in the new Mission on Mill Street renovation.

Meanwhile, legislators in the neighboring state of Connecticut passed a bill that could pave the way for a new tribal casino near Hartford—MGM Springfield’s possible competition for customers. This has prompted MGM Resorts to file a lawsuit to reverse the legislation.

Connecticut, on the other hand, asked the federal court to dismiss the lawsuit on grounds that MGM doesn’t have a legal standing to sue since its casino license restricts the company to building gambling development within 50 miles, with an exclusion zone provided.