Home / Poker / EQ-Radio That Reads Your Emotions Could Impact Poker 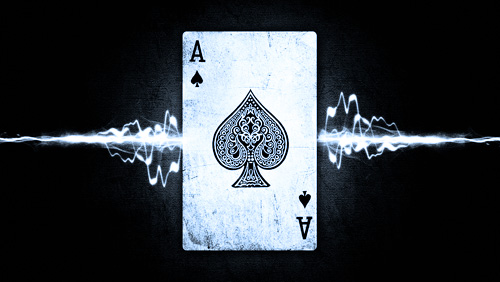 A group of students at the Massachusetts Institute of Technology has created a form of EQ-Radio that uses wireless technology to understand human emotion, and Lee Davy believes it could one day impact the world of poker.

So, what is the accurate predictor of success? Is it a record-breaking attendance figure, or a key performance indicator (KPI) that measures the level of happiness those attendees felt during their experience?
It’s the latter, of course, but how do you measure someone’s emotional state? Send them a survey that ends up in the trash? Set up airport style happy/sad face kiosks around the poker room?

A group of brainy people from the Massachusetts Institute of Technology (MIT) might have found the solution in wireless technology, and it could prove to be good and bad news for poker.

Last night, I got into a spot of verbal sparring with my wife. At one point during the argument, she asked me why I was getting angry?

I don’t know about you, but I don’t like it when someone points out that I am angry, because to agree with them also means admitting that I have lost control, and therefore, everything that follows is a load of old bollocks.

So I lied, and sometimes, she does the same thing, and most of the time we can see and feel this, but what about the build up to the argument? What about the subtle changes in mood that we don’t see? What if we could learn to understand the emotional state of a person and act accordingly, thus avoiding the unnecessary argument?

An MIT research team from the Computer Science and Artificial Intelligence Laboratory (CSAIL) has created a piece of kit that can do just that.

Spearheaded by Professor Dina Katabi, the group has developed something known as “EQ-Radio” that can detect a person’s emotional state by using wireless signals to detect changes in heartbeat and breath.

The device sends radio signals into the ether that rebound off people, returning to the instrument with critical data sorted through an efficient machine learning algorithm.

It’s the algorithm that determines whether you are feeling angry, sad or happy. Testing has shown the device to be an 87% accurate predictor of mood.

What Will it be Used For?

The technology has been created primarily for the entertainment and healthcare industry, but the possibilities are endless.

Movie producers can measure the emotional state of an audience to determine the effectiveness of scenes. The healthcare system can use it to measure levels of depression in controlled environments. Homes can be programmed to adapt lighting, sound, and other external stimuli that will react to our moods without us having to lift a finger.

What Can Poker Use it For?

PokerStars can use it to determine who is the biggest liar: Negreanu or O’Kearney? The Global Poker League (GPL) could use it to learn what parts of the show create the right emotional connection, and what parts fail. The World Poker Tour (WPT) can use it so see if the presence of the Royal Flush Girls does make a difference to their brand.

And on the flipside.

The world of online poker is waking up to the negative impact that third-party software is having on the stability of the poker ecosystem. More and more online poker rooms are banning Heads Up Displays (HUDs) and changing their security to prevent seating scripts, etc.

Move over scarves; the Wi-Fi is coming.

What is going to happen 10-years from now when players walk into a brick and mortar game with one of these things emitting wireless signals from a specially prepared set of sunglasses. I know it’s all very James Bond, but would you have thought you would be playing $0.50/$1 No-Limit Hold’em against a bot, 10-years ago?

The group behind the kit have been in full on testing mode and plan to reveal their results at a mobile-computing clever clogs conference in New York next month.

Something tells me it’s high time Mike Caro banged out a sequel to his Book of Tells.