Alex Dreyfus announces significant changes to the Global Poker League Playoffs and Championships after reviewing and learning from the first half of his revolutionary idea to ‘Sportify’ poker. 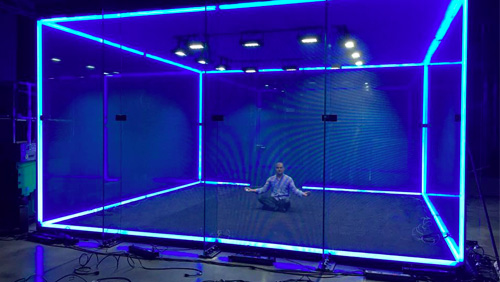 What do you think of when you say his name?

Under normal circumstances, I think of the light bulb and how it took him 10,000 attempts to get it right.

This morning, as I drink a hot lemon water and try to put off the rumble in my tummy until the next 1,000 words when I think of Edison I think of Alexandre Dreyfus, the founder of the Global Poker League (GPL).

Dreyfus made a difficult announcement today, one that must have kept him awake at night. More of that in a minute. First, I want to share another Edison story.

In the book, The Obstacle is The Way: The Timeless Art of Turning Trials Into Triumph the author Ryan Holiday tells of a time when Edison’s factory is burning down. It contains all of his research. Estimates suggest that the cost of the fire set him back close to a million bucks ($23m in today’s coin).

Edison was at the fire.

His reaction was unexpected.

He told his 24-year old boy to go and get his family.

“Why?” asked his bewildered son.

“Because they will never see a fire like this again.” Said Edison.

When the flames stopped flickering, and the ash had settled, Edison rebuilt.

The following year Edison and his team made $10m in revenue.

To achieve greatness you have to learn to endure setbacks and tragedies. You have to be able to survive adversity. You need to take your licks and move on. You need to be humble; realise when things aren’t working and adapt.

There is no room for pride.

Ego gets in the way.

All the Billy Big Potatoes in the world get eaten eventually.

The Evolution of The Global Poker League

In the beginning, for Dreyfus, there was nothing but a desire to make poker more accessible to the world. The French entrepreneur bought the charred remains of the Epic Poker League (EPL) and turned it into The Global Poker Index (GPI). Today, it’s the one true king of poker ranking systems.

A fantasy poker model emerged. It didn’t quite take off. It was laid to rest. The Hendon Mob was acquired. The Boatman’s, the Beever’s and the Crazy Horse’s stepped aside. Dreyfus and his team moved in.

Dreyfus rolled out his dream of ‘Sportyfing’ poker. He shared his dream of one-day taking professional poker to a whole new level. His inspiration came from the growth of eSports that saw stadiums filled with people going crazy over a group of kids playing video games.

12 franchises were born. As were 12 team managers. The Draft blew everyone except the naysayers away. Fedor Holz got up on stage and nearly broke down in tears such was the importance and enormity of being involved in such a bold and beautiful project.

And then the games began.

The six max action was blah.

And then one day, Daniel ‘Jungleman’ Cates rigged up a headset and prepared to take on Bertrand ‘ElkY’ Grospellier in hole cards up, heads-up matchup that enabled the viewers to hear every single word that leaked out of the mouths of both superstars.

Suddenly, even the naysayers could see that the GPL had something special.

Online attendances rose as the action came to us like a herd of wildebeests. Things were moving at a Herculean pace. And then came the announcements. The Playoffs would take place in San Diego as part of TwitchCon; the finals would be at Wembley Arena, there would be a Cube for live events, and Aaron Paul signed for the LA Sunset.

“Aaron Paul is a poker player.”

Suddenly, poker had a connection with the world of entertainment.

It was beautiful stuff.

And then came the Summer Series and the debut of The Cube. Who better to have standing in it for the first match than Aaron Paul. And he won. It was a golden moment.

And then came the problems.

The World Series of Poker (WSOP) flexed its muscles. The GPL got shunted to the side.

How could New York Rounders star, Jason Mercier, find time to play in The Cube when he was playing 3-4 events per day over at The Rio trying to win a $2m bracelet bet?

Poker had always suffered from a full schedule. Over time the industry giants had learned to work together to avoid bumping heads. But nothing like this had happened before. Trying to squeeze the GPL into the live and online tournament schedules was akin to an online site like PokerStars suddenly turning up on the scene.

Dreyfus wasn’t staring at the GPL as flames tore it to the ground like Edison’s factory. But you could smell the gasoline. It would only take a single match.

So what do you do?

You Turn Trials Into Triumph

You take it down a notch.

You go with the flow.

The EPL died because it failed to react. It tried to continue operations even though someone had lit the pyre. It burned a lot of bridges.

It’s always better to learn lessons from other people’s failures than your own and Dreyfus is doing that.

There will be no PlayOffs in TwitchCon. There will be no finals at Wembley Arena. It can’t work. It won’t work. The logistics are an obstacle that will not allow Dreyfus and his team to pass.

How do you cart The Cube around the world?

How do you prevent your star players from barricading themselves in their homes and playing the largest online festivals in the world?

How do you stop your stars from going to Burning Man seeking out enlightenment?

“When we went up against SCOOP during the spring we were getting smashed, so we have to be careful,” Dreyfus told PokerNews in an exclusive interview today.

The Plan is Long Term

The very essence of success in poker is understanding that greatness arrives over the long run and that any idiot with two cards can get lucky during a sprint.

“We need to be around in three to five years.” he told PokerNews, “For that to happen it’s not about spending more, it is about making the right decisions and growing the league organically as much as we can.”

It’s also about learning and changing.

The return of the league has been put back to Sep 20 to avoid the long hard slog of WCOOP, Powerfest, et al. Players will not be asked to fly to San Diego for TwitchCon. The Playoffs will take place in Las Vegas. The Cube will also stay put. Meaning the Championships will not be held at Wembley. Those will also take place in Las Vegas. Dreyfus says one of the reasons behind this decision is that 40% of their audience is from the US. To me, it just makes perfect financial sense.

“We are at one percent of our potential because at this point we have not spent a single dollar on marketing,” he told PokerNews.

Something tells me that might be about to change after Dreyfus tweeted this.

The GPL has a solid foundation. The concrete is no longer wet. It wouldn’t have hardened so quickly without action and the willingness to fail in a very public way. The naysayers will say this is a step backwards. I don’t see it that way. I see an entrepreneur with a dream turning his trials into triumphs.

Dreyfus has a long way to go yet, and he deserves our patience.