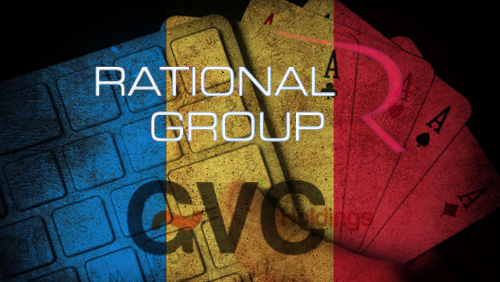 Amaya’s Rational Group and GVC Holdings announced on Friday that they have secured permanent approval from the National Gambling Office (ONJN) to continue to operate in the regulated Romania iGaming market.

The new licenses will come into effect starting September 1. Both Rational Group and GVC have been operating in the country under an interim license since September 2015.

The two companies join 888 Holdings, which is also scheduled to launch 888.ro in the newly regulated online gambling market on September 1.

For Rational Group, the new license will pave the way for the company’s roll out of the dot.ro variants of its poker-focused PokerStars and sports betting brand BetStars. This will also see the Full Tilt brand removed from Romaina, with players migrated to the PokerStars.ro site. Amaya promises to launch new responsible gambling controls as well as work with suppliers licensed in the country.

Aside from the sports betting and casino licenses for its Headlong Limited subsidiary, GVC also secured a Class 2 license to provide this business with software, affiliate marketing and hosting services.

Headlong has been operating under the Sportingbet brand since September 2015.

“We are delighted to have been awarded a permanent licence in Romania,” GVC CEO Kenny Alexander said. “It is an attractive and growing market where the Sportingbet brand is increasingly popular. We are focused on developing our product line there in order to attract new customers and grow our business.”

GAN looks beyond US for ‘real money’ gaming

Fresh off securing a major investment, gaming technology firm Game Account Network (GAN) revealed that it is in “advanced talks” with a major land-based casino operator in the United States to launch real-money online gambling site not in the U.S., but in Europe and Asia.

GAN chief Dermot Smurfit Junor declined to name the prospective, just as he had done with the company’s four other recent casino deals. But if the deal pushes through, Smurfit said GAN would supply the technology, games and the licenses to the operator, which, in turn, will target countries where online gambling is legal.

“We can provide access to countries where there are regulated markets covering 29 percent of the world’s population,” Smurfit said, according to the Irish Times. “This is a big strategic move for us. The market hasn’t yet seen a major U.S. land casino enter online in Europe.”

GAN recently secured a $1.7 million investment from Irish billionaire Dermot Desmond, which the company will use to accelerate product development and new client delivery following a surge in U.S. corporate demand for its products.