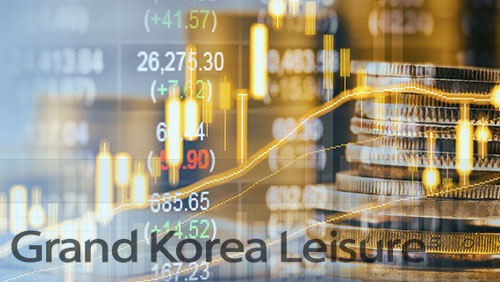 In a filing to the Korea Exchange, GKL posted a net income of KRW 25.60 billion (US$23.1 million) while revenue for the period grew by 5.4 percent to KRW128.95 billion (US$116.61 million) from the prior-year period. GKL also rebounded from its lackluster performance in the first quarter of the year.

Benefiting from a low-base comparison from a year earlier, the Korea Tourism Organization subsidiary saw its operating income for the April-June period increase by 44.8 percent at KRW31.39 billion (US$28.39 million).

Daiwa Securities Group Inc. Analyst Thomas Kwon pointed out that the infectious Middle East Respiratory Syndrome disease (MERS) has greatly affected the tourism industry of South Korea –including the performance of South Korean casinos – in the summer of 2015.

GKL, which operates three foreigners-only casinos under the Seven Luck brand, meanwhile, announced an interim dividend of KRW130 (US$ 0.12) per share, amounting to a payout of KRW8.04 billion (US$7.27 milion).

Quoting the GKL’s management, Kwon said growing mass-table gamers and casual game players will provide support for casino revenue growth in the second half of 2016.

“Management noted the casino operator plans to have tighter control on its marketing and other operating costs to improve its earnings visibility for the second half of 2016 and onwards,” he added.

Last week, South Korean casino operator Paradise Co Ltd made a stunning return to form in Q2, thanks to the lack of a killer disease stalking the country.

In Q2 2015, Paradise saw profits at its five foreigners-only casinos fall by nearly half after an outbreak of Middle East Respiratory Syndrome killed dozens of people while other Asian nations – China, in particular – warned their citizens to steer clear of the country.