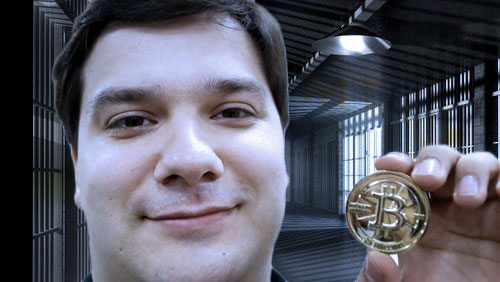 After spending close to 10 months in a Japanese jail, Mark Karpeles is finally out.

The former CEO of the now defunct Mt. Gox bitcoin exchange has been granted bail by the Tokyo District Court last week after he deposited the bail amount of ¥10 million (USD94,500), Japanese media outlets reported.

French-born Karpeles, 31, made international headlines in August 2015, when he was arrested in Tokyo on charges of unlawfully extracting and using private electromagnetic records. Police said Karpeles accessed the exchange’s U.S.-hosted trading platform in 2013 and altered the data in his personal account twice.

Japanese authorities slapped Karpeles with additional charges of embezzlement after investigators discovered the Mt. Gox executive transferred some ¥321 million—worth $2.7 million at the time—of clients’ funds to other accounts. A good portion of the money, according to reports, were used to fund Karpeles’ personal expenses, including his rent and to pay for the women “he met at venues that offer sexual services.”

Tokyo-based Mt. Gox was once the world’s largest exchange platform for bitcoin until it filed for bankruptcy in 2014, claiming it had lost 850,000 of its bitcoins, which are worth more than $450 million at the time, to hackers that exploited the site’s “transactional malleability.”

Kraken, which was involved in the Mt. Gox investigation, announced it will award close to US$3 million to some 24,750 verified creditors of the defunct bitcoin exchange. However, a significant number of claims were said to have been rejected by court-assigned trustee Nobuaki Kobayashi. And then there’s Karpeles, whose bail is being questioned. In particular, members of the bitcoin community are speculating who paid the bail amount and whether the money came from funds that went missing from Mt. Gox.

Anyways, Karpeles isn’t going anywhere—at least for the time being. The condition set for his bail required the Frenchman to remain in the country until his fate is set by the Japanese courts.

If there is anything good that came out of the whole Mt. Gox mess, it was that the country—particularly the Japanese government—became more aware about the need to regulate digital currency exchanges.

Similarly, the popularity of cryptocurrency has also caught the eye of many established Japanese firms, many of whom are looking towards the possibility of a cashless society.

One of such firm is e-commerce company Rakuten Inc., which is reportedly in talks to acquire the intellectual property assets of Bitnet Technologies. Rakuten had earlier invested in the San Francisco-based start-up that helps retails accept bitcoin as payment.

The price of bitcoin continues to climb at a steady pace. On Monday, the popular digital currency traded at $680 with a market cap of $10.72 billion.