Australia is dusting off the gambling reform plan that former Prime Minister Julia Gillard has junked six years ago. 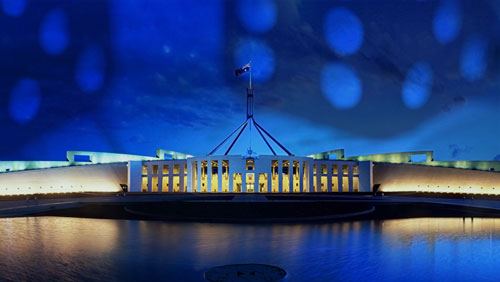 The Guardian on Thursday reported that South Australian Senate powerbroker Nick Xenophon and Tasmanian independent MP Andrew Wilkie has revived gambling reform plan into the federal agenda, which Gillard thumbed down in 2010.

If they will have it their way, Xenophon and Wilkie want to ban sports betting advertising and introduce a maximum $1 bets on poker machines.

“We will be planning a whole series of measures, both in the parliament and outside the parliament, to deal with the issue of gambling reform and, in particular, one issue that has resonated throughout the community and that is on the issue of sports betting advertising,” Xenophon said

“So many parents have approached all of us to say they are appalled their kids are talking about – their seven and eight and 10-year-old children – are talking about the odds of a game rather than the game itself.”

There is still uncertainty on whether Xenophon and Wilkie – both longtime supporters of reform to the gambling industry – will be able to muster enough votes to make the plan happen. Gambling reform proponents need 39 votes in order to pass the reform plan legislation.

In the current, Australian set-up where there’s a slim majority in the House of Representatives and bunch of crossbenchers or minority in Senate, the government will have to do a lot of negotiating to get much done in the next parliament.

Prime Minister Malcolm Turnbull will have a majority of at least 76 members in the House of Representatives but has pledged to work constructively with independent MPs and Mr Xenophon in the Senate.

At first, Turnbull has expressed support for the gambling reform, including $1 maximum bets on poker machines. He, however, made a 180 degree turn on his position during the last parliament, saying that gambling reform was a matter for the states and territories and not by the federal government.

Wilke, for his part, disagrees with Turnbull’s claim as he insisted that the federal government had “clear authority” for television advertising and online gambling. Although it was true that state governments had already regulated poker machines, Wilke claimed that their untrustworthiness was a “compelling case” for federal intervention.

“That we haven’t seen reform so far is a shocking indictment of the Labor and Liberal parties,” Mr Wilkie said in a statement, according to Sydney Morning Herald. “But no wonder when you look at the enormous donations that they both receive from the gambling industry. If the Labor and Liberal parties won’t stand up to the gambling industry, the crossbench will. Doing nothing isn’t an option.”