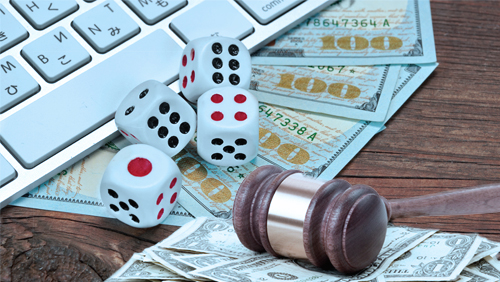 This is a guest contribution by Martin Owens, an attorney specializing in gaming law. Owens is the co-writer, along with Prof. I Nelson, of the seminal book Internet Gaming Law. If you would like to submit a contribution please contact Bill Beatty for submission details. Thank you.

“No law is quite appropriate for all”

It is easy to get people to agree that gambling law in the USA ought to be reformed. The current regime of regulation and licensing is proving more and more unequal to the challenges posed by the new realities of online living, social media, and digital convergence. But it’s much more difficult to get agreement on what the new order should look like.

Certainly from the point of view of licensing, administration, and enforcement, a national set of gambling and gaming laws would be best. Under the current system, licensing is handled on a state-by-state basis. Often it is further subdivided by format- lotteries, racing, and casino games may all be under different boards, committees, or departments. Participating in the US market nationwide, then, requires an investment of time, money, and effort that often proves prohibitive even for deep-pocketed multinational conglomerates. Many smaller and startup operations must either live or die on the local market, go abroad, or change format to fit into existing legal exceptions. Since gaming in general is growing to play a bigger and bigger part in the national economy and the everyday life of ordinary people, entry barriers of this type are increasingly counterproductive.

On the other hand, there are still powerful forces working for the status quo. State control over gambling is a legacy that goes back to the founding of the Republic. The principle, embodied in the Tenth Amendment to the Constitution, is that all powers not specifically granted the Federal government devolve to the states and the people. Gambling being mostly criminal at the time of the nations founding, it was filed under criminal law, which is controlled by the states. And since it has been long established that there is no such thing as a right to gamble, the states exercise plenary power: that is, they can do whatever they like with, to, or about gambling, from the wide acceptance offered by Nevada, to the total prohibition enforced by Utah, the state next door.

State governments will not be eager to further dilute their own political power in favor of standards dictated from Washington. Nor will they welcome the prospect of sharing gaming revenue with Uncle Sam. Current licensees also form a powerful interest group, one that tends to resist change on general principles. If gambling becomes a genuinely national market, then an operator with a national license will be able to set up shop anywhere in the country. Vested interest won’t like sharing the markets they have built up over the years.

A possible compromise might be to encourage “Model Codes”. These are suggested statutes, composed by teams of legal scholars and other experts, most notably the Uniform Law Commission , and then voted into law by individual state legislatures. This approach has been successful with criminal law (the Model Penal Code) and contract law (the Uniform Commercial Code) as well as child custody, probate, and child support. The object is to be sure there is as little conflict as possible between state laws, even while local requirements are respected. Well, should there be a Model Gambling Code? Here, too, expect lots of pushback, not only from existing licensees, but from state bars who don’t want to change statute and legal precedent, as well as anti-gambling parties who fear, however unreasonably, that they will be “forced” to participate in a national gambling regime.

But whatever level it is enacted at, reformed gambling law needs to pay attention to some very basic needs that have been neglected for far too long.

First and foremost, we need a coherent general definition of what is and what is not gambling. To this day, sixteen states and the District of Columbia don’t have any definition of what gambling is or is not on their statute books. Rather, they outlaw and restrict particular games and particular “gambling devices”, mostly meaning slot machines. The problem is, such laws are too specific. Gambling games and formats go out of style just like fashions do. There used to be a game called faro, and it was a favorite in the Old West. It faded as poker became more popular, and now is found only in museums. But laws against it persist, in California and one or two other states. The whole thing looks silly.

There is the same problem with “gambling devices” the definitions, where they exist at all, are either too precise- both California and Massachusetts law feature detailed descriptions of old-fashioned coin-operated mechanical slots- or hopelessly broad, with language like “anything usable in any phase of gambling”. They could be talking about chairs and tables, for crying out loud. And today any laptop or smart phone can be “used in gambling”. It’s impossible to trawl the Internet at random, looking for possible violators. Not even Stalin had that many cops.

New statutory language should address the concepts that underlie the operations. Gambling itself ought to be identified as “a transaction whereby a party risks money or its equivalent for the chance to win a valuable prize”, or something similar. And since the digital revolution now makes it possible for almost any personal electronic device to carry gambling, the definition of “gambling devices” may have to be revised to mean, not the receiving equipment but the central server/transmitter of the actual gambling operation. At the rate gambling and gaming formats are emerging and blending, this may prove to be a moving target.

Games of chance versus games of skill? The states may be better served by dropping that definition altogether. Case law and commentary discuss “preponderance tests” wherein the question is whether the element of chance “predominates” or is “substantial”. But just what does that mean? 51%? 62% .  And how can this be measured? There is no standard unit of measure for chance in the first place. Liquids are measured in gallons and liters; electricity in watts and volts; outer space in light-years. But there is no chance-o-meter, no objective measurement of chance. That means “preponderant” or “substantial” become no more than expressions of individual preference- or prejudice.

Tackling the Elephant in the Room

Whoever writes effective reformed gambling laws is going to have to bite the bullet and tackle the single thorniest problem of the Internet, gambling or not. It is jurisdiction. The central question is: if John Doe, resident of state X, turns on his computer and accesses a gambling site in the Republic of Y, does that give state X jurisdiction over that online gambling business? The answer is no. State laws are not meant to be enforced outside of state boundaries, barring extraordinary circumstances. State authorities have alleged they are entitled to act against online gambling that is not licensed in their state, due to the “harm” that gambling does. This argument evaporates when exposed to sunlight. Forty-eight of the Fifty States license gambling of their own, and in the case of state lotteries, actively promote it. It’s only harmful when the state doesn’t get a cut?

And of course, as a practical matter, extending the jurisdiction of a state into another sovereign country is a nonstarter. Even the United States has to tread carefully and play by the rules here. Far better to negotiate mutual agreements with host countries (another argument for a national gambling law regime). With the coming of the Internet, small and intermediate authorities such as state governments have lost much of their power to control what ordinary people say, do, and participate in. Time to face reality. Acknowledge that online and interactive gambling takes place at the server. Some degree of regulation and taxation is probably possible, even on the state level. Prohibition is not.

Finally, reformed gambling laws need reformed language. Lawmakers need to get off the moral high horse when dealing with gaming, online or off. Wicked Gambling has long been a stock bogeyman of American political theater. Coming out against it is the lowest common denominator of public virtue; however crooked, incompetent, or bark-at-the-moon crazy a given officeholder may be, smiting at the gambling demon is a sure way to restore one’s moral bona fides. But moralistic posturing gets in the way of sound policy  and coherent law.

When Tennessee threatens to prosecute any game “whose return is to any degree contingent on chance,” it’s just as bad as Arkansas not defining gambling at all, but directing judges to “include all such games and devices as are not specially named.” Such language may help in getting out the mean-old-lady vote, but it also violates basic Constitutional guarantees of fair notice.

In any case, upholding virtue by policing private activity is no longer a prime directive. Today what were once unspeakable offenses- drugs, gay lifestyles, abortion, even animal sacrifice for religious purposes- have been ruled as Constitutionally and legally protected freedoms. Yet gambling remains beyond the pale. In a society where you will soon be able to marry your toaster if you feel like it, protecting morality by hamstringing gambling is absurd, even pathetic. And there is more than a hint of hypocrisy, as vested interests seek to perpetuate their oligopolies by outlawing the future to “protect” people who will then have no choice but to frequent brick-and-mortar operations.

There is one last question for lawmakers everywhere to consider. Why not acknowledge a right to gamble?  If an individual cannot be trusted with a few hours of his own time and a few dollars of his own money, in his own home, then how on earth can he be trusted with the power of the vote?