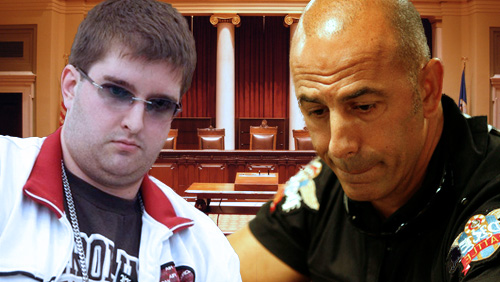 It was Marcus Fabius Quintilius who said there is ‘nothing more dangerous to men than a sudden change of fortune’ and that seems to be the case for the former poker player Glen Chorny.

In 2008, Chorny won one of the largest prize pools in the history of the European Poker Tour (EPT) when he defeated 842 players to capture the €2m first prize in the Grand Final in Monte Carlo.

Poker player and businessman Philippe Rouas noticed Chorny’s success. Rouas was in the process of creating Poker World Society, a sort of Facebook for poker players, and it seems he convinced Chorny to part with a seven-figure sum in return for a 10% stake in the business.

Poker World Society got a lot of press in 2008 when Rouas decided to launch a series of tournaments to advertise the site. The games were known as Poker Battles, and he hired a plethora of pro poker players to represent the brand with the likes of the Mizrachi brothers, Chino Rheem, Joe Cassidy, and Noah Schwartz masquerading as Poker Battle Warriors.

There was even a launch party held as part of the 2008 Partouche Poker Tour (PPT). Chris Ferguson was in attendance. Eric Mizrachi told PokerNews reporter Gloria Balding, “We come to Cannes and then we become Con Artists.”

It seems that never a truer word was spoken in jest. On May 9, 2016, Chorny filed a fraud lawsuit against Rouas and Poker World Society LLC in the Indiana Southern District Court. The lawsuit claimed that Rouas sold Chorny nothing but a pack of lies including the reported sale of the company to an unspecified Indian Tribe, for $2.5m. Rouas promised Chorny a 10% cut of the deal. The lawsuit contends that the company folded before it even began. Eight years later, and Poker World Society is nothing more than a splash page.

It’s not the first time that Rouas has had his day in court. According to the IndyStar, he lost a court case, and $740,000, in a legal battle with a Coca-Cola distributor and farm owner when in charge of a packaged meat business in 1997. In 2000, an online retail business venture called Anebel.com resulted in his bankruptcy.

As well as Chorny’s EPT Main Event victory he also finished ninth in the 2009 NBC Heads Up Championship losing to the eventual winner Huck Seed.

Rouas has earned over $400k in live tournaments including a third place finish behind Daniel Alaei and David Williams in a No-Limit 2-7 Draw bracelet event at the 2006 World Series of Poker (WSOP). He also finished 16th in the Season VII WPT Bellagio Cup and 14th in the 2008 World Series of Poker Europe (WSOPE) Main Event in London.