Macau’s casino gross gaming revenue has already made a meteoric plunge in the first five months of 2016 but this is not enough to make Macau’s Secretary for Economy and Finance Lionel Leong Vai Tac to tremble in fear. 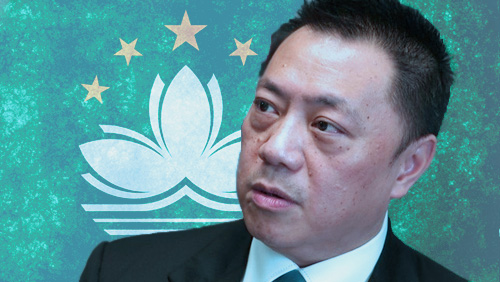 The reason for Leong’s optimistic outlook is simple – the data in the first five months suggest that Macau’s struggling gaming market has already bottomed out after posting almost two years of continuous declines in monthly gambling revenues.

GGR Asia reported that Macau has stood pat on its forecast for the city’s casino gross gaming revenue (GGR) at MOP200 billion (US$25 billion) for 2016, with Leong telling local media last Wednesday that the slumping casino GGR figures in the first five months of 2016 is “within the government’s expectations.”

Data fromthe Gaming Inspection and Coordination Bureau shows that the accumulated casino GGR of Macau in the first five months plunged by 11.9 percent to MOP91.91 billion ($11.5 billion) from the prior-year period.Casino revenue declined by 9.6 percent year-on-year in May, marking 24 consecutive months of declines when measured in year-on-year terms.

The government officialpointed out that Macau’s casino GGR, which has not yet break a downward streak, has already been narrowing.

Leong has also expressed confidence in Macau’s economy as he assured everyone that China’s premiere gaming hub will maintain a healthy financial surplus for the year, according to Macau TDM.

Macau recently announced its plan to rebrand as a world-class, tourist destination that will compete with other popular city destinations around the world such as Paris, Singapore, London, and HongKong in a bid to diversify its economy.

Macau News reported that the Macau government, through its spokesperson, said that it maintaining its current policy against the import of non-resident workers to be employed as dealers (croupiers) by local casinos.

Statistics provided by the Macau government showed a 4.4 percent, year-on-year decline of dealers with 24,619. Dealers accounted for 43.8 per cent of the sector’s total number of full-time employees.

The Office of the Government also called on the city’s gaming operators to organize more training programs for its local staff in order to improve local workers’ promotion prospects and raise their “horizontal mobility.”

The government also pledged that it would further streamline gaming-related pieces of legislation and regulations, strengthen the gaming industry’s supervision and promote the sector’s sound and responsible development.