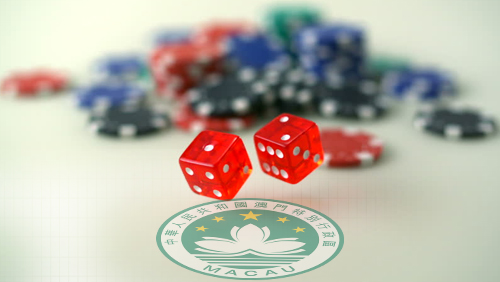 February kind of lived up to its promise as Macau posted its best monthly gross gaming revenue since October last year.

Gross gaming revenue in Macau was 0.1% down from the same period a year ago to MOP19.5 billion ($2.4 billion), according to data from Macau’s Gaming Inspection and Coordination Bureau.

Revenue per day amounted to MOP673 million, 4% higher last year’s Golden Week and 13% higher than the December 2015 and January 2016 average. This year’s number, almost breaking the streak of 20 consecutive months of year-on-year declines, was boosted by an increase in tourist numbers over the Lunar New Year holiday.

Mainland visitation was up 4.3% during CNY, with total visitation up 4.7%.

“While we would normally encourage looking at January and February on a combined basis in order to smooth out any CNY timing issues, the fact that the market experienced a sharp leg down in February 2015 renders the comparison irrelevant this year,” noted Union Gaming analyst Grant Govertsen.

February’s decrease was above analysts’ expectation of a 2-10% decline.

“The consensus range for February was wide, from around +2% to a decline of 10%+, so we would consider a flat performance to be a beat,” added Govertsen.

Govertsen also believed that the timing of CNY period was favorable to 2016 compared to last year because the holiday period started on February 19 and some part of the month included a fair amount of pre-CNY slowdown. In addition, February 2016 is a leap year, meaning there’s one extra day in which to earn revenue this month (although it was a Monday).

“It should be expected that the outsized GGR figures previously associated with holiday periods will be more normalized in the current environment. The fact that the market almost grew in February despite continued VIP woes leads us to believe mass market increased nicely y/y in February, which is what investors likely need to see more of in order to get more comfortable,” said Govertsen.

After this month, Union Gaming analysts expect Macau GGR trends to return to a daily rate closer to MOP600 million, or about MOP18.6 billion in March and MOP18.0 billion in April, while June 2016 would likely bring the return of year-on-year growth.