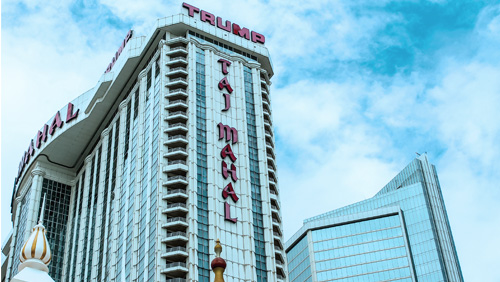 Supreme Court (SC) magistrates in the United States have washed their hands off a union appeal that challenges a move by the Trump Taj Mahal casino to scale back worker benefits as part of its bankruptcy reorganization.

Reuters reported that the U.S. high tribunal turned away from the petition of Unite Here Local 54 (Unite), a labor union representing more than 1,000 workers at the Trump Taj Mahal in Atlantic City, New Jersey.

Without giving any comment, the SC left in place a January decision by the Philadelphia-based Third U.S. Circuit Court of Appeals that cleared the way for the casino to exit Chapter 11 bankruptcy and cancelled the health insurance and pension contributions called for in the union’s contract.

According to the petition, Trump Entertainment Resorts, Inc. and its affiliated debtors, including Trump, invoked Chapter 11 of the Bankruptcy code when Trump asked for bankruptcy protection from the local court judge on Sept. 9, 2014.

Two weeks later, Trump also asked the bankruptcy judge to “reject the collective bargaining agreement and implement different terms proposed by Trump.” The bankruptcy judge then granted Trump’s motion on Oct. 17, 2014 despite the breakdown of talks between the labor group and Trumps’ representatives on the proposed contract.

“Trump immediately implemented the changes in terms and conditions of employment that the Union had rejected. It ceased making contributions to the pension, health and welfare, and severance funds that provided benefits to Trump’s employees. It expanded its own authority to consolidate positions, assign work and subcontract, which resulted in layoffs and loss of pay,” the union said in a statement.

For Richard G. McCracken, general counsel for Unite, there’s a need for the court to decide which is most important and should come first – upholding the labor laws that call for preserving collective bargaining agreements or the bankruptcy laws that allow a judge to reorganize a business to keep it in operation.

“This is about how a bankruptcy was used to transfer value from working people to the super-rich,” McCracken told Jewish newspaper Hamodia.