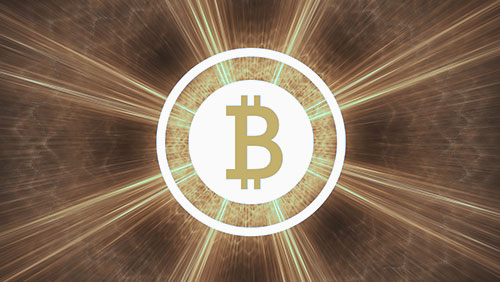 It was a great weekend for bitcoin.

Last week, we saw the price of a single bitcoin slowly creep up to reach $467.50 on Thursday night. But that was nothing compared to Friday, when the price of the digital currency surged by as much as 15 percent and briefly reached $530, according to Quartz. This is bitcoin’s highest price since August 2014, when it was traded by about $532.

CoinDesk had slightly lower values for the digital currency. According to the site’s price index, bitcoin hit a high of $479.39—a value not seen since September 2014, when bitcoin went on a free fall from more than $1,000 per single bitcoin.

The verdict is still out on the exact reason behind the surge.

Some market participants believe Friday’s spike was caused by the devaluation of Chinese yuan, pointing out that bitcoin prices had already reached $500 on two of China’s largest bitcoin exchanges, OKCoin and Huobi. Trades involving Chinese yuan are believed to account for about 95 percent of the current bitcoin trading volume this year, according to a CoinDesk research.

Petar Zivkovski, director of operations at bitcoin trading platform Whaleclub, had a different analysis. In an interview with CoinDesk, Zivkovski contributed bitcoin’s price surge to “a short squeeze” and the inadequate sell orders that fail to match the buy orders.

Another potential factor is digital finance platform ethereum and its virtual currency ether. The digital currency also had a great week before its price fell more than 10 percent on Friday, prompting many traders to speculate on the possible link between the two.

Fred Ehrsam, co-founder of bitcoin start-up Coinbase, said in a blog post that even though etherium couldn’t have existed without bitcoin, ethereum is now already “ahead of bitcoin in many ways and represents the bleeding edge of digital currency.”