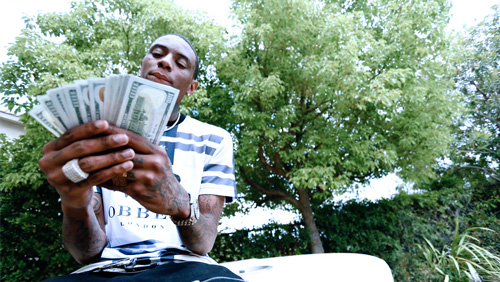 The World Poker Fund has issued a press release stating that rap star Soulja Boy will be paid $400m in a five-year deal to endorse the likes of CelebrityWorld.com and InSkyCasino.com, but is it real?

How much did PokerStars pay for the signatures of Rafael Nadal, Cristiano Ronaldo, and Neymar Jr?

According to Forbes, Ronaldo was the third highest paid sportsman in the world in 2015 with an estimated annual haul of $79.6m. The lion share of that bounty came in the form of his Real Madrid salary, with $27m coming from endorsement deals such as the one he has with PokerStars.

If you want your brand to belong to the world’s most famous human billboards, it’s going to cost a pretty penny.

With that in mind, do you believe that the World Poker Fund Holdings Inc. (WPFH) has invested $400m in a five-year endorsement deal with a rapper I doubt any of you have even heard of? Well, that’s the yarn being spun by WPFH’s PR team over at 1-800-PublicRelations, Inc.

The acronym WPFH first came to prominence in July 2015. The website told a vague tale of how they were going to bring poker to the people through a series of TV shows and tournaments. Celebrity sports stars and rap stars were to be an integral part of the marketing plan.

Soulja Boy, aka DeAndre Cortez Way, 25, was one of the celebrities associated with the WPFH from the very beginning. On the 1, May, he tweeted to his 4.8m followers that he had his iron in a $400m fire.

$400 million deal confirmed. I still they think they low balled me though. I was thinking 2 or 3 billion..

A few days ago, it emerged, via a press release issued by 1-800 PR, that it was the WPFH who were on the other end of that deal. According to that press statement, the WPFH are hoping to leverage a social media following that’s estimated to reach 15 million people.

“I invest in things I understand,” said Soulja Boy.

Let’s hope that a significant number of his followers understand the online gaming industry.

Soulja Boy will be used to pimp the social casino/gaming experience CelebrityWorld.com, and “in-flight gambling” through the WPFH’s InSkyCasino.com. A platform that was recently acquired by Universal Entertainment Group (UEG), along with PokerTribe.com, the online poker portal that the Iowa Tribe of Oklahoma is hoping will catapult them into the higher echelons of the online poker world.