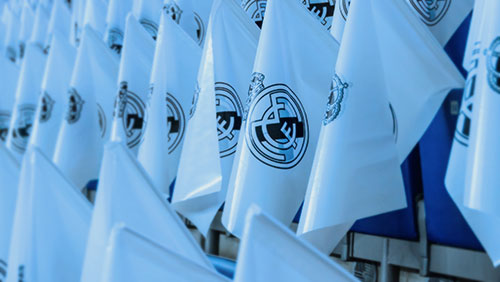 Forbes has released their 2016 ‘Most Valuable Soccer Teams’ list and Real Madrid lead the way valued at an estimated $3.645 billion. The Premier League dominates the list occupying six of the top ten spots.

Real Madrid is the most valuable football club in the world according to Forbes magazine. Forbes experts value The Galacticos at $3.645 billion, a 12% increase on 2015, pulling in annual revenue of $694m, and operating income of $162m.

The Spanish giants top the list thanks to the most valuable shirt sponsorship deal in world football signed at the turn of the year. Madrid and the German sportswear company Adidas signed a 10-year deal worth a staggering $1.6 billion. Add their sponsorship deal with their Fly Emirates package, and United Arab Emirates stadium deal and you have an impressive annual income of $192 million.

And they need every penny.

When it comes to the expenses column, Madrid isn’t shy when it comes to spending that cash. Cristiano Ronaldo may have lost his FIFA Player of the Year (POY) accolade to Barcelona’s Lionel Messi, but that hasn’t reduced the man’s value. He is a walking, talking billboard, and the most popular athlete in social media with over 200 million followers on a variety of platforms.

In reward for his exposure, Madrid pays him an annual salary of $53m. When you throw in his sponsorship deals with PokerStars, Nike, Tag Heuer, and Herbalife, you are now looking at an annual haul of $82 million and nobody in world sport can match that.

Madrid will add even more money onto that profit and loss sheet should they defeat neighbours Atletico in the Champions League Final.

Ronaldo and the lads may be on course for a record 11th Champions League success, but they will need a miracle of Loch Ness proportions if they are going to win La Liga this season as they enter the final game needing to beat Deportivo and hope Barcelona lose to lowly Granada.

And it’s their deadliest rivals, Barcelona, who take the number two spot on the Rich List with an estimated $3.549 billion fortune. They are the only two Spanish sides in the Top 10 and they hold the top two spots. Champions League finalists Atletico Madrid are ranked #15 ($633m). And the money seems to count in Spain with 21 points separating Atletico in third position and Villareal in fourth position going into that final game.

When it comes to club’s, Spain dominate the top two spaces, but regarding World Soccer leagues there is only one winner.

6 of the top 10 clubs come from the Premier League with Man Utd leading the way with $3.317 billion. United have been the world’s richest club on numerous occasions and held the world record for a shirt sponsor (Chevrolet) before Madrid signed that Adidas deal. United’s failure to repeat the success of the Sir Alex Ferguson era has hit them in the profit with declining placements in both domestic and European football.

It’s interesting to see Arsenal fifth in the table especially after hearing their club manager Arsene Wenger moan and groan each season about how they don’t have the money to compete with the richest teams in Europe. It’s time to wake up Arsene. You are one of the richest in Europe.

The reason the Premier League dominates is their enormous appeal. It is the most pulse-popping league to watch in the world. It might not carry the suave and sophistication of La Liga or Serie A, but regarding pure entertainment, the Premier League is the Breaking Bad of football leagues.

People from all over the world will pay a lot of money to watch the Premier League and that’s why they were able to sell their TV rights to Sky and BT for a combined £5.136 billion.

Juventus are the only Italian side to make it into the Top 10 with an estimated worth of $1.299 bn and it shows with their  2015/16 triumph proving to be their fifth Serie A title in succession and one of the reasons nobody is interested in watching Italian football anymore.

The same problem also affects Germany and France. Bayern Munich is the only German side in the Top 10 valued at an estimated $2.678 bn, and they have now won the Bundesliga for a record five successive seasons. There were no occupants in the Top 10 from France. Paris St.Germain was the highest ranked at #13 ($814m), and they have now won their fourth Ligue 1 championship on the trot (they currently lead Lyon by 28 points with one game remaining).

When West Ham started the season, they were many people’s favourites for a relegation dogfight. Instead, they are competing for a Europa League place, sitting sixth with a record Premier League points tally, and the Professional Footballer’s Association (PFA) recognised the contribution of Dmitri Payet by naming him in their shortlist for the Player of the Year. It’s not by sheer luck. West Ham is the 17th most valuable club in the Premier League.

And if you ever wondered why Newcastle fans are so desperate for Mike Ashley to leave St James Park, consider the club’s drop into the Championship came at a time this list has them as the 20th most valuable club in the world.

While it is evident that there is a huge connection between money and success all over the European network of football leagues, the 2015/16 season will be remembered as the year we learned that anything is possible.

In 2002, die hard Leicester City fan Gary Lineker had to create a consortium to bail his beloved club out of the mire after they fell into administration with debts of $50m. Milan Mandaric eventually bought the club in 2007 before handing the reins over to the Thai businessman Vichai Srivaddhanaprabha. In the four years between 2010/11 and 2013/14, the club saw cumulative pre-tax losses of $150m.

In 2014/15, they were the bottom of the Premier League with only two months to play until they went on an unprecedented run that saw them not only escape the relegation zone with games to spare but to go on and win the damn thing a year later.

Leicester’s enormous success will see the club move into the $200m revenue strata, some way behind the $300m+ English clubs that sit in the Top 10, but still a miraculous improvement from where they were over a decade ago.

More importantly, Leicester has shown the world of sport that anything is possible…money, or no money.