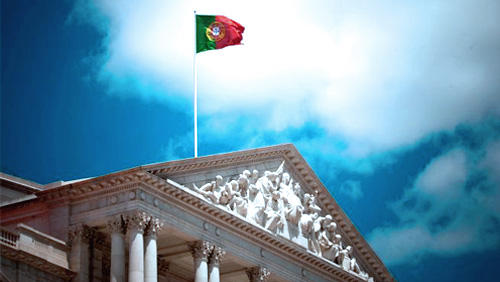 And the date keeps getting knocked back.

It must suck balls to be an online gambler living in Portugal right now. Things were bumping along rather swimmingly until the Serviço de Regulação e Inspeção de Jogos do Turismo de Portugal (SRIJ) decided the whole system needed a shake up back in the early months of 2015.

The dam broke, murky grey waters rushed into the online gambling market, and rather than drown in the confusion of it all, most of the operators deflated their rubber dinghy and took it elsewhere.

William Hill and PokerStars left a ‘be back soon’ notice on their cyber walls. There wasn’t a door left for PKR to pin a note on after the 3D specialists said they wouldn’t be returning because the 15-30% tax on gross gaming revenue made their business model untenable.

That was back in July 2015. A few weeks before Saint Nick started oiling up his sled; the regulator declared their intention to ring-fence the Portuguese online poker market in the same way that Italy, France, and Spain had done so with disastrous consequences.

A team of online gambling buddies known as the Associação Nacional de Apostadores Online (ANAon) took umbrage to this ridiculous idea, asked fellow online gamblers to refuse to play on the newly licensed sites, and this prompted the SRIJ to hold a dialogue on a new and improved future for both parties.

Reading through the ANAon notes of their last meeting with the SRIJ there are some blades of grass emerging from arid land. In a decision of pure flippety-flop quality it seems shared liquidity will be permitted, as long as the player registered on the same platform is not located in a country where shared liquidity is banned.

However, it’s not all good news for online poker operators. The wording in the notes also suggests that poker networks will not be permitted, meaning bad news for the likes of iPoker and Microgaming Poker Network (MPN). The wording is so vague I am not sure if the relationships between 888Poker and the WSOP online platforms, and PokerStars & Full Tilt will fall into this problem area.

The last time we reported on this matter the licenses were expected to hit the shops in March. The new notes suggest the licenses will not be handed out until June. One reason to believe that the SRIJ will keep its word this time around is the 2016 European Championships kicking off in France. An important international football event is like gold dust for any online gambling organization, especially one that’s charging 30% on GGR, and you would think one would pull their finger out rather rapidly with an event like this on the horizon.