Home / Business / Pontus Lindwall: Regulating online gambling in the US ‘going too slowly’ 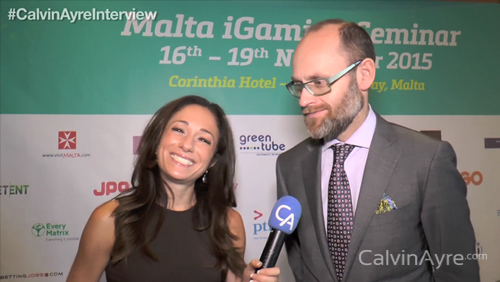 In this interview with CalvinAyre.com’s Rebecca Liggero, Betsson Group CEO Pontus Lindwall shares his thoughts on the state of regulated online gambling not only in Europe, but also in the United States.

Efforts to regulate online gambling in the United States is “going too slowly” for Pontus Lindwall’s taste.

The Betsson Group chief executive, however, is optimistic that a regulated market will happen soon.

“When it comes to America, first of all, I think it’s going too slowly, of course, but I’m happy that there’s things going on and things are moving… I think more and more people will realize that gaming is here to stay and the way of gaming for younger people and also middle aged people is to do it over the internet so it’s already there, and you need to realize that, and if you want to control it and tax it, then you need to regulate it,” Lindwall told CalvinAyre.com. “I’m quite optimistic that it will happen.”

Across the pond, there’s still a lot of opportunity for innovation in the online gambling industry, especially in terms of regulation. Currently, there are only a handful of markets that have proper legislations for online gambling, while other markets are still working their way towards regulating the industry.

“If you look at Europe where we are mainly operating, there’s only a few markets that has put in proper legislation, like Denmark, UK, Italy, and then there are some markets which has legislation [but] has failed due to too high tax revenues and not complete product offerings, and then there are a bunch of countries—where Sweden is one—which is about to regulate, so the European countries are at different stages,” Lindwall said.

The way things are going, Lindwall expects that it will take about 10 years before all countries in Europe will be at the same standing in terms of regulated online gambling markets.

“I think maybe in 10 year’s time, they will have caught up and they will, maybe not harmonize for real, but there will be [a] harmonizing situation with more functional legislations, so I think that’s a huge opportunity for the next coming years because internet gaming, even though it’s big in Europe, it’s not that big and it can become bigger and it will serve the national states with tax income,” Lindwall said.