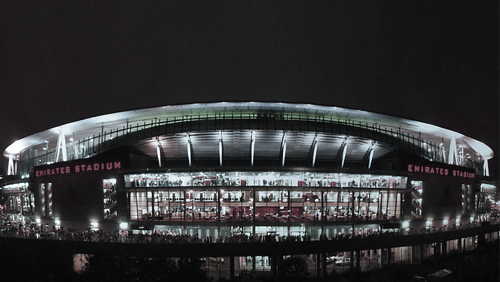 Daily fantasy sports (DFS) has long been big business across the pond, but it’s yet to gain similar popularity in Europe. This could all be set to change however, with more DFS operators launching on these shores and those already here signing some impressive partnerships with football clubs and notable sporting brands.

Eilers Research CEO Todd Eilers estimated last year “that daily games will generate around $2.6 billion in entry fees this year and grow 41% annually, reaching $14.4 billion in 2020.” This is down to its huge popularity in the US and the success of the likes of DraftKings and FanDuel, though the current legal battles could hit both these companies and numerous other operators stateside hard.

DraftKings recently launched in the UK with Jimmy Bullard as brand ambassador. FanDuel is going the same route and is in the process of obtaining a UK gambling licence. They join a range of DFS operators in the UK such as FanFeud, Mondogoal, FantasyBet, Oulala and more. Premier League clubs Leicester City, Arsenal, Liverpool, Watford, Spurs, Chelsea, West Ham and West Brom all now have an official fantasy sports partner.

The growing number of opportunities will be discussed on the fantasy sports panel at Betting on Football, which takes place at the Emirates, home of Arsenal FC, on April 21st. Central figures from the industry will tackle the following topic: ‘Fantasy Stars – Will Euro 2016 herald the dawn of DFS in Europe?’

Valery Bollier, CEO of Oulala, Trevor Keane, Founder and CEO of Sportego and FanFeud, Viktor Enoksen, Co-Founder at FantasyBet, and Richard Graham, International Director at Mondogoal (and former CEO of Commonwealth Games England), will be moderated by Simon Burrell, Head of Global Business Development at Editec, and form a highly knowledgeable panel in what looks set to be one of the day’s highlights.

Mondogoal boasts partnerships with three Premier League clubs in the form of West Ham, Spurs, and Chelsea, in addition to Barcelona, Roma and Valencia. The company also recently agreed a deal with Sports Interactive, and became the first daily fantasy sports operator to offer contests in the Chinese Super League, the Russian Premier League and the Turkish Super League.

Trevor Keane had this to say ahead of the panel: “Fantasy Sports is entering an exciting period in the UK and Europe and Sportego is at the forefront of that revolution. Football and betting have a long history in the UK, and it’s one that is about to be turned on its head with the increasing popularity of daily fantasy football. I think fantasy football needs to have a voice at conferences such as this and I am glad to be involved in a fantasy football dedicated panel being part of that message.”

Oulala’s Valery Bollier had this to add on the mammoth potential of DFS in Europe compared to the USA: “The success of fantasy sports in the States was huge, yet limited to domestic sports such as baseball, American football and ice hockey. However, when talking about football clubs, the epicentre of the world is Europe, where European teams include even the best Brazilian, Cameroon, and South Korean players.

Therefore, the entire planet will soon want to play on a European Fantasy Football platform. Operators should embrace it, and we at Oulala, are more than willing to show them our B2B solution. I am happy to be part of this year’s #bofcon because it is the ideal place to discuss the rise of DFS in Europe with iGaming operators.”

Finally, Viktor Enoksen of FantasyBet commented: “I was involved in fantasy betting back when FanDuel’s biggest games had $1,000 prize pools compared to the $5,000,000 games they are running now. Hopefully I will be able to share some insight and answer a few questions people might have.”

Betting on Football is a one-day conference at the Emirates, home of Arsenal FC, on April 21st 2016. Tickets are available here.

About Betting on Football

With the Euro 2016 Championship in France this summer leading into a blockbusting new 2016/17 football season, there will be more eyes than ever before on the sport. There will also be more demand for betting. Betting on Football plans to explore best practice in a number of areas including sponsorship, marketing, integrity, cultivating innovation and trading, both pre-match and in-play.