Borgata to skip paying taxes until Atlantic City pays up 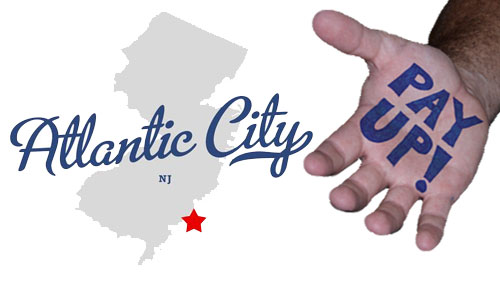 Atlantic City could run out of money within weeks as the Borgata Casino and Spa threatens to stop making tax payments.

Borgata, the state’s top grossing casino, said that it will stop making real estate taxes payment to Atlantic City until the city pays back $62.5 million in court-ordered refunds for overpayments made in 2009 and 2010, which the city was supposed to repay in December.

The casino operator’s decision comes after Superior Court Judge Julio Mendez granted a motion Friday declaring that the city must pay the Borgata the sums owed, an order that was upheld by previous court rulings.

“We did not come to this decision lightly. We have been tremendously patient, giving city officials every opportunity to pay the amounts we are owed, or to engage us in good-faith negotiations,” wrote Joe Corbo, the Borgata’s general counsel, in an email. “But after years of delays and unsuccessful appeals by the city, we can wait no longer,” he said, citing obligations to the casino owner’s shareholders.

But city mayor Don Guardian said that without Borgata’s tax payments, Atlantic City could be without available funds as soon as Feb. 24 and the debt could force the city into bankruptcy.

Guardian and City Council members were calling for the city to file for bankruptcy protection but Governor Christie and state Senate President Stephen Sweeney continue to advocate for a financial takeover bill to give the state Department of Community Affairs near-total control over the city’s finances. The bill is expected to be introduced in the Legislature on Thursday.