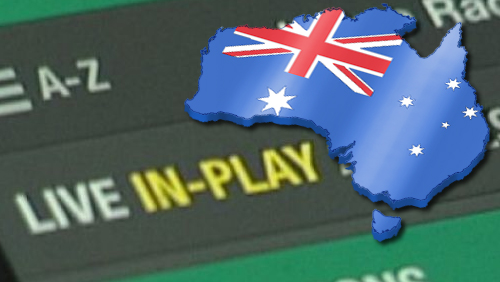 The gloves are coming off in the war of Australian gambling operators against in-play betting.

Aussie media outlet The Australian reported that an informal coalition, composed of the racing industry, pubs and clubs and major industry players, are gearing up for a “grassroots lobbying campaign” to urge members of the parliament to protect local operators “from losses that would flow as a result” of the in-play betting being legalized in the country.

Quoting sources familiar with the matter, the news outlet said an estimated 4,000 TAB outlet operators could be paying visits to MPs’ offices “to pressure them to retain in-play restrictions to protect jobs.”

One source told The Australian: “This approach will be replicated with tens of thousands of racing-industry participants potentially directly lobbying their local MPs against any changes.”

Racing Australia CEO Peter McGauran already gave a warning that live punts encourages corruption, saying the group feels “so strongly about the threat that in-play betting poses to the integrity that we believe that the loophole in the Interactive Gambling Act that allows in-play betting on races should be closed.”

According to the local news outlet, Tatts has already made its case against regulating in-play betting to federal MPs and senators last week.

The increased efforts from the two parties came in the heels of reports that the government has already hinted there is a high chance that online in-play sports betting will be legalized in the country.

Last year, the government tapped former NSW premier Barry O’Farrell to review the 2001 Interactive Gambling Act. O’Farrell has already delivered his report to the government, but according to media outlets, its findings won’t be made public until next month.

The 2001 act restricts in-play betting to over the phone or in person at betting shops. However, some operators, including William Hill Australia, were able to come up with technological workarounds that allow in-play bets to be made via mobile apps.