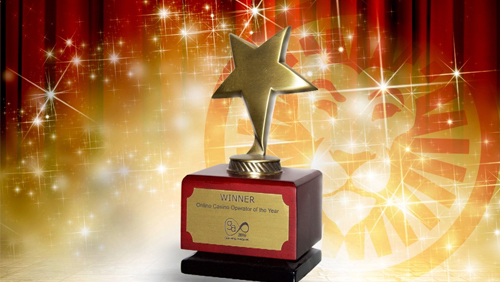 The innovation leader in mobile gaming entertainment, LeoVegas.com, has been declared as the Casino Operator of the Year twice this week. The first award was received on Monday at the International Gaming Awards whilst the second one was bestowed yesterday by Gaming Intelligence.

The ninth edition of the IGAs, held this Monday at The Savoy in London, celebrate the achievements of companies in the gaming world. Through this award LeoVegas has been recognized as the operator that has shown the greatest innovation and invention in the casino sector during 2015.

The Gaming Intelligence Awards, held yesterday during ICE in London, reward the online gambling industry’s leading operators and suppliers for their excellence. This award recognized LeoVegas’ for its outstanding growth in 2015 both in revenue and in customers.

Gustaf Hagman, Group CEO and Co-Founder of LeoVegas.com said, “we are delighted that the gaming industry have crowned LeoVegas as the leading casino operator. Mobile makes gaming more fun – and LeoVegas is all about the greatest gaming experience.”

LeoVegas is the innovation leader in mobile gaming entertainment. LeoVegas casino provides world-class entertainment and offers over 700+ games on mobile, tablet and computer. LeoVegas’ multi-award winning platform offers a completely new standard for what you can and should expect from gaming on your mobile device. LeoVegas is internationally recognized as a leader in mobile gaming and has won several prestigious industry awards, including EGR’s ‘Slot Operator of the Year 2015’, ‘Marketing Campaign of the Year’, ‘Innovation in Mobile and Tablet’, “Innovation in Casino”, “Affiliate Program of the Year”, and ‘Nordics Operator of the Year 2016’. EGR Power 50 List ranks LeoVegas as the most influential mobile gaming operator. More at www.LeoVegas.com