Home / Press Releases / ONE Wujie: Dynasty of Champions set for 23 January in Changsha 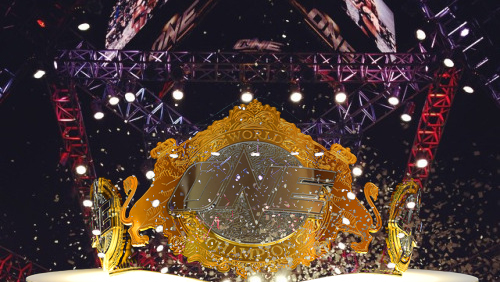 Taking place at the Changsha Stadium in Changsha, China, ONE Championship will delight fans with an electrifying lineup of exciting fights headlined by a main event which will see ONE Bantamweight World Champion Bibiano “The Flash” Fernandes defend his title against challenger Kevin “The Silencer” Belingon of the Philippines.

“ONE Championship continues its dedication to cultivating the sport of mixed martial arts in China with another adrenaline-filled night of fights,” said CEO Victor Cui, in a statement released to the media.

“This is a great way to start 2016 and is just the tip of the iceberg of what’s to come. Our success in Beijing sets the stage for an even better event in Changsha.”

ONE Bantamweight World Champion, Bibiano Fernandes of Brazil is one of the most dominant title holders in ONE Championship.

Considered one of the best fighters in the world and is ranked as one of the top bantamweights, Fernandes has amassed a stellar professional record which hasn’t seen him lose a bout in the last five years. His technical ground game paired with his fluid striking and well-rounded skills have brought him to the top of his division.

Fernandes will now defend his title against a very strong competitor in Kevin Belingon.

Kevin Belingon of the famed Team Lakay stable in Baguio City, Philippines has long been one of the most exciting fighters in ONE Championship’s roster.

His highlight reel of spectacular finishes has seen him victorious against the top fighters in his division, and he now looks to make the most out of his much-anticipated crack at ONE Championship gold when he takes on defending champion, Bibiano Fernandes.

Apart from the main event, a slew of international and local mixed martial artists are expected to perform. The event will also hold the Changsha Bantamweight Tournament which seeks to discover the next local MMA superstar.

Beijing featherweight champions Li Kai Wen (4-2) and Yang Sen (2-0) are set to stand across each other inside the ONE Championship cage this 23 January, at ONE Wujie: Dynasty of Champions which takes place in the Changsha Stadium in Changsha, China.

The bout will serve as part of the undercard to the main event between reigning ONE Bantamweight World Champion Bibiano “The Flash” Fernandes as he takes on Kevin “The Silencer” Belingon of the Philippines.

Li Kai Wen is on a nifty three-fight win streak, clinching the first instance of the Beijing Featherweight Tournament Championship with two wins in just one night.

He defeated opponent Nathan Ng by TKO in his most recent outing.

An explosive finisher, Li brings electricity to the crowd with his fast-paced and powerful striking and has the ability to end a fight at any given moment.

Yang’s impeccable striking and well-calculated offense has brought him success inside the ONE Cage, as he looks to prove that Chinese fighters are truly world-class mixed martial artists.

It will be a battle of local martial arts superstars when Li and Yang finally step inside the cage, and one that fans are definitely looking forward to.

The Changsha event is part of an ambitious two-year plan laid out by ONE Championship, that sets to stage over 20 live events over the course of a two-year period. The promotion, Asia’s largest and most prolific, has held successful shows previously in Beijing and Shanghai. They will look to replicate their success this time in Changsha, in what looks to be a great year for the organization.

Part of ONE Championship’s phenomenal growth plan is developing local mixed martial arts heroes, particularly in China where the market is largely untapped but steadily booming. With the rise of heroes such as Li Kai Wen and Yang Sen, the promotion is headed in the right direction.

The growth of MMA in the region can also be attributed to ONE Championship’s aggressive expansion.