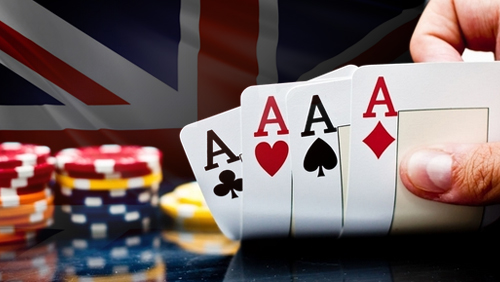 Lee Davy casts his mind back through 2015 to pull out the greatest stories from UK poker including the likes of Liv Boeree, Niall Farrell and Dave ‘Devilfish’ Ulliott.

Team UK were abysmal at the inaugural Global Poker Index (GPI) World Cup exiting in the first round. Sam Trickett, Simon Deadman, Oliver Price and the Salter brothers failing to make an impact in Malta.

But it wasn’t all bad during 2015 for UK poker players.

Take Liv Boeree for example. The PokerStars Team Pro ambassador earned the most corn since her groundbreaking win at the European Poker Tour (EPT) San Remo five years ago. But it was her exploits off the felt that were the most impressive, and I’m not talking about her decision to take her parents to Burning Man.

Boeree was invited to take the stage at the Effective Altruism Global Summit at the Googleplex in San Fransisco. She represented, not only Raising for Effective Giving (REG) but the whole of poker as she spread the word on poker’s contribution to effective charities.

The former EPT champ wasn’t the only UK-born player to make a difference off the felt. Fellow Team PokerStars Pro Jake Cody got involved in PokerStars Lads Night In promotion, in aid of prostate cancer awareness, and then jumped on a jet plane heading to Uganda to work alongside the charity Right to Play.

Former footy star and poker pro Steve Watts had to take some time away from the felt when his wife asked him to wrap his responsible arm around a young singing talent that had come through her vocal coaching stable. The young girl was called Louisa Johnson and under Watts guidance, she won become an international phenomenon after becoming the youngest ever winner of the X-Factor.

Watts biggest payday remains a six-figure score after a deep run in the World Series of Poker (WSOP) Main Event in 2013. It wasn’t a particularly buzzing WSOP for the Brits, in 2015, but John Gale, Gerald Ring and Alex Lindop earned bracelet wins. Richard Gryko and Barny Boatman did likewise in the WSOPE in Berlin.

You would expect a UK winner of the WPT UK Main Event, but what about the Asian Poker Tour (APT)? UK born Sam Razavi once again owning the competition when he won the APT Player of the Year (POY) title for a fourth year on the spin.

There was also an emergence of talent both young and old.

Charlie Carrel continued to show people how good he is by finishing fifth in the €10,300 High Roller at EPT Malta for €183,800 and then winning the €25,500 High Roller at the EPT Grand Final in Monte Carlo for €1,114,000. At the other end of the age scale, a resurgent Simon Trumper had fans singing ‘he is bald, he’s round, he’s going to win a million pounds,’ when he went deep in the WSOP $10k Pot Limit Omaha (PLO) Championship. The Dusk Till Dawn legend finished fourth for a not too shabby looking quarter of a million dollars.

Talking about close finishes, Manchester lad Steve Warburton had a year of mixed emotions. Warburton finished runner-up in both the WPT Amsterdam Main Event and EPT Barcelona Main Event, but his heartbreak was softened somewhat by the $1.2m in cash that he won.

Three more tales to tell and then I am done.

Rupert Elder left poker to try his hand in the restaurant business, realised that it was tougher than he thought, and returned to break the record for most money won while recording live on Twitch when he took down the Winning Poker Network (WPN) Major for $124,882.

Another solid UK online pro to make the news this year was Alex ‘kanu7′ Millar. The high stakes cash game regular was the only member of PokerStars to resign from his position in reaction to his employers decision to renege on their Supernova Elite 2015/16 deal. Millar became the second top UK based PokerStars employee to leave in the past few years. Victoria Coren-Mitchell also leaving over a value clash when PokerStars decided to include casino products on the online poker site.

2015 was also the year that the UK lost one of poker pioneers after Dave ‘Devilfish’ Ulliott lost his battle with cancer. At 61-years of age, his death was sudden and unexpected, and he will be sorely missed by a community that has grown from the foundations that people like the Devilfish created.