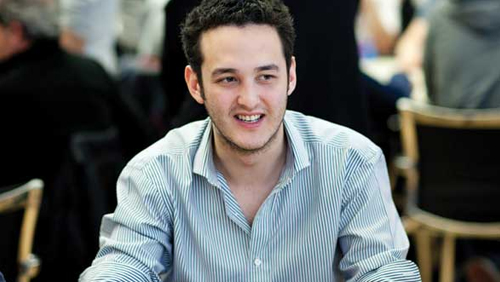 European Poker Tour champion, Rupert Elder, talking about his year out from poker, his work with the Global Poker Link, Twitch and much more.

*This is an abridged version of the audio interview

If you have ever read the Four Hour Work Week by Tim Ferriss and thought it was a load of bollocks, then think again. Former European Poker Tour (EPT) San Remo champion, Rupert Elder, is living that life.

I caught up with him after taking a year out of the game to find out what he has been up, talk about his recent partnership with Global Poker Link, streaming on Twitch and so much more.

The last time we spoke you had left poker to start a rice pudding and boba tea cafe in Edinburgh, what went wrong?

“We put in three offers for properties in Edinburgh and ended up not getting any. Eventually, we decided it wasn’t going to be as lucrative as we once thought so we stopped it.”

What have you been doing since?

“I took up a bunch of hobbies for a year. I took up sailing, piano, table tennis and football. I also did the Charter Financial Analyst (CFA) Level 1 Exam, and I will do Level 2 next year. There are three levels in general. It’s a backup plan, and I find the topic of finance interesting.

“I used to play table tennis a lot when I was younger. I had the urge to play again, so I played for one season with my local team. It wasn’t much fun. Table tennis players are weirder than poker players. I got to Grade 2 on the piano, and I will probably embark on Grade 3 when I get back from Australia in February.

“The sailing is going well, and I will be doing more of that in Australia from boxing day for two weeks. I did three levels of the Royal Yacht Association (RYA) Keelboat, which was fun.”

How did you get involved with the Global Poker Link?

“After my exam in June I started playing poker again. One Sunday I was bored. I started streaming on Twitch. I ended up winning one of the tournaments, and because I got deep, I had 200-300 people watching me. I found it enjoyable and carried on doing it every time I played poker. I won the Americas Card Room major for $125,000 and got 1.8k viewers. Global Poker Link got in touch and wanted me to sell action on their site, so I agreed.”

“Yeah, I think it might even be double the size of the previous one.”

For those that don’t know what the Global Poker Link is, and why they should pay attention, let them know.

“They have a select few pros, and they sell action for tournaments that are going to be streamed on Twitch. The buyers get to have a good sweat and chat with the players while they are playing.”

What type of Twitcher are you?

‘I just stream myself playing. If someone chats to me, then I respond, and you get quite a lot of trolls, which I also enjoy.”

I notice you are very transparent with your wins and losses on your personal blog, why did you decide to be so open?

“People are very voyeuristic about finance. They go to my Sharkscope and it’s not accurate so I decided just to publish my results, and people then know how I am doing financially.”

I also noticed on your blog that you aren’t playing that much poker with only seven sessions record in October for a profit of $13,000. Why don’t poker players play more if they love the game so much?

“I wouldn’t say I necessarily love the game. I enjoy it when I play, but I also get bored. So if I don’t feel like playing on a Wednesday and want to go to the pub instead, then that’s what I do. I just don’t love the game.”

You didn’t enjoy your time in Malta recently, why is that?

“I played in UKIPT Edinburgh and found it more enjoyable than Malta. There is something about Malta. I have never enjoyed my time there. It feels lonely despite having lots of friends around, and it’s very poker, poker, poker and I don’t like that sort of environment.”

If you could pump a ton of money into any project in the world what would it be and why?

“Probably Pads backing stable. It would make me so much money. Seriously, some water based project in Africa probably.”

What limits your freedom, why and what do you intend to do about it?

“I would say there is very little that limits by freedom except money. You need money to do things in life. What do I intend to do about it? Play some poker.”

What is the most difficult goodbye you have ever said and why?

“Saying goodbye to people you are in love with is always tough when a relationship comes to an end. My relationships end pretty amicably, and I have stayed friendly with whoever I have been going out with, except the last one – she hated me.”

If I gave you 10,000 hours to work on absolutely anything, free of distractions, what would you choose and why?

“10,000 is a lot of hours. That’s like nine to five every day for five years I think. Maybe I would pick sailing because I enjoy it but I am worried I would get bored of it. If I was forced to do 10,000 hrs of something I would choose poker.”

Give my 14-year old son some advice.

“My first recommendation is to try not to get jealous of anyone male or female. I used to get jealous when really good friends would win poker tournaments. Fortunately, I am no longer like that as I am a withered and dried up poker player. It’s not a good trait to have, it’s not attractive, and people don’t want to hang around with people like that. Secondly, I would wait until I was 18 before I experimented with any drugs.”