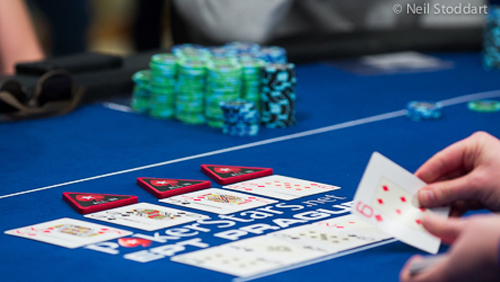 A full round-up of all the big stories from the European Poker Tour festival in Prague including a Main Event victory for Hossein Ensan, three High Roller results and three titles for Wei Zhao.

The European Poker Tour (EPT) has waved bye-bye to 2015 after another accomplished performance in the Czech capital of Prague. Here is a round-up of the biggest movers and shakers.

German-based Iranian Hossein Ensan once again proved that age is no barrier to success in poker with victory in the €5,300 Main Event. The 51-year old defeated a field of 1,044 entrants. That was a dip in attendance for the first time in nine seasons, but nobody will be splitting hairs over the 64 player difference it would have taken to maintain that flow.

Ensan is a remarkable chap. You wouldn’t draw his shape, describing ‘poker player’ in a game of Pictionary, and yet he was making his third EPT Main Event final table performance in the past 16-months. Ensan has only been playing live tournaments for the past two years. In that time, he has earned over $2m.

The victory was secured after Ensan cut a heads-up deal with the three-time PokerStars World Championships of Online Poker (WCOOP) champion Gleb Tremzin.

Two worthy performances of note came in the shape of Nial Farrell and Javier Gomez. Farrell was looking to take down back-to-back titles after his success in Malta. He finished 40th. Javier Gomez finished 11th, a fortnight after winning the World Poker Tour (WPT) Main Event in Prague for €175,000.

There was a time when the EPT Main Event was both icon and talisman of the tour. Today, the high rollers have punctuated their place at the top of the pecking order.

There were three of them at EPT Prague and Steve O’Dwyer won the biggest one of the lot. There was a time when O’Dwyer was a very elegant bridesmaid. He would make the final tables of the world’s major tournaments, only to come away without the trophy. These days O’Dwyer comes away with the lot. He won €746,543 after defeating Sam Greenwood in heads-up action and went on to finish 11th in the €25,000 One Day High Roller.

The winner of that €25,000 One Day High Roller was Rainer Kempe. Kempe picked up his third consecutive six-figure score on the EPT circuit after defeating the eccentric Jean-Noel Thorel in heads-up action. Kempe pocketed €539,000 for a day’s work.

Wei Zhao had a right good go at Dzmitry Urbanovich’s record of four EPT side events set at EPT Malta last year. The man from China made five final tables, finishing fourth in two, and winning the other three. Pavlos Benakis and Francesco Delfoco were also multiple winners with two apiece.

Next stop for the EPT will be the Bahamas, which incidentally, is nowhere near Europe.