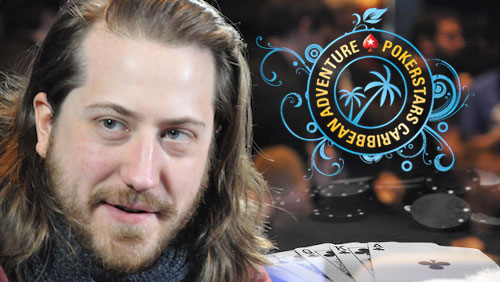 Steve O’Dwyer was an absolute revelation in 2013. He won over $2.4m in live tournament earnings, including victory at the European Poker Tour (EPT) Grand Final in Monte Carlo, for his first-ever seven figure score.

So when 2014 seemed to be running towards his lowest annual haul since he started playing the game, he could be forgiven for taking his foot off the gas a little. Then – BOOM! O’Dwyer took a trip to Macau, threw HK$500,000 into the ring and walked away with the title of the APPT Asia Championship Super High Roller winner and $1.8m in prize money.

Today, O’Dwyer becomes the only player in history to have consecutive $1.8m wins on his Hendon Mob profile, after winning the $100,000 Super High Roller at the PokerStars Caribbean Adventure (PCA) just two months later.

The event didn’t just break all PCA records for a Super High Roller event, it broke the PokerStars record for any of their $100,000 buy-ins worldwide. 50 unique players, and 16 players mental, or rich enough, to re-enter, created a total prize pool of $6,402,000, with the winner getting their hands on $1,872,580, a $15k Steel and Diamond SLYDE watch, and the bragging rights belonging to the victor of the first major tournament of 2015.

Day 1 ended with Sam Greenwood in charge, and it was a rather expensive day for Dan Shak, Mike McDonald, Scott Seiver, Cary Katz and Daniel Colman (2 buy-ins) and Bill Perkins (3 buy-ins).

Day 2 ended with a final table of seven. Sorel Mizzi had the chip lead and he was joined by the likes of Roger Sippl, Bryn Kenney, Christoph Vogelsang, Andrew Robl, Greenwood and of course O’Dwyer.

Robl would take seventh place after his top pair failed to hold against the flush draw of Bryn Kenney, and the Day 1 chip leader Sam Greenwood was eliminated in sixth after his pocket sixes fell in a fight against Vogelsang’s pocket nines.

The German didn’t capitalize on that exit and was eliminated in fifth. His pocket tens failing to win that all-important race against Sippl’s ace-queen with lady luck showing up on the river.

Kenney took care of the starting day chip leader when his ace-jack-sooted sent the pocket deuces of Mizzi to the rail in fourth, and Kenny would exit in third after his king-queen failed to overcome the pocket tens of O’Dwyer.