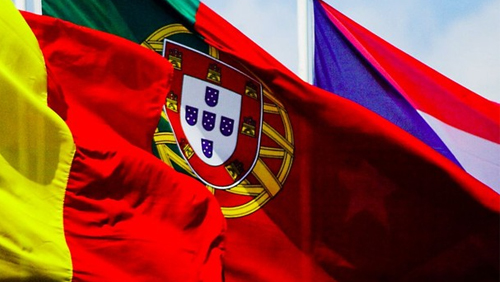 After Portugal’s SRIJ Director and Head of Online Gambling, Manuela Bandeira, surprised everyone by declaring an intent to pull Portugal out of the global online poker market, I believe Cristiano Ronaldo is our only hope of change.

After standing erect and defiant for 28-years, The Berlin Wall came crashing down after an official of the Socialist Unity Party of Germany (SED), Günter Schabowski, read a news release on television, without preparation, and incorrectly led journalists to believe that the wall was open. Thousands of jubilant East German’s marched towards the wall, bumbling Stasi Sentry couldn’t get any sense from their leaders, and the rest, as they say, is history.

Let’s hope the same thing has just happened at the recent Gambling Compliance pow wow in Lisbon, Portugal. SRIJ Director and Head of Online Gambling, Manuela Bandeira, has surprised everyone by announcing the new regulated online poker market would be the same as those vilified by online poker players in France, Italy and Spain.

The market has effectively been on hold since the summer after Portuguese officials announced plans to regulate the industry. PokerStars, Full Tilt, William Hill and PKR, packed up their suitcases and decided to go on an extended holiday while the country sorted its mess out.

“We’ll be back.” Promised Stars, Tilt and Hills.

PokerStars do have online rooms in France, Italy and Spain, but online poker revenue has taken a significant nosedive since enforcing new rules. Portugal is a much smaller nation. Will Stars return?

And herein lies the problem. Time and time again people who know nothing about the game are making decisions about its future. The plan is to start out as a standalone market, and then move to a semi-open market (foreign players can play in Portugal, but Portuguese players can’t play in other countries), before, maybe, possibly, could be, opening it up on a global scale.

It’s a knife to the heart of the Portuguese online poker players. It’s a bitter pill to swallow for any operator looking to make a profit in this beautiful part of the world.

I can only see one way out of this mess.

PokerStars must send Cristiano Ronaldo on a secret mission to dress in only his tight whites and do whatever is necessary to get Ms Bandeira to change her mind. I know he doesn’t like to do this often, but on this occasion he might have to let someone else touch his balls.