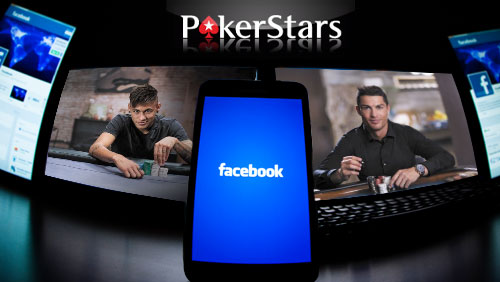 PokerStars has teamed up with Facebook to pre-launch a new set of TV commercials starring Cristiano Ronaldo and Neymar Jr.

PokerStars has teamed up with the behemoth Facebook to pre-launch a spanking brand new TV ad campaign featuring their two newest recruits from the world of sport: Cristiano Ronaldo and Neymar Jr.

The ads will be aired globally on TV in a fortnight’s time, but you don’t have to wait that long. On videos below, you will get a front row seat in two poker games football fans would give their left testicle to get involved with.

Had a great time playing poker and filming this video with my friends PokerStars. Check it out…

The ads are grinning with goodness. Both of them clearly showing the camaraderie that the game of poker creates when a group of friends get around the table to play, although I am not too sure Rafa Benitez will be happy seeing Ronaldo scarfing down a slice of pizza.

There is even an appearance from that other PokerStars sponsored footballing legend Ronaldo Nazario, who joins Neymar Jr’s home game, and also gets involved in a spot of table football.

Ronaldo has 104 million Facebook followers, and Neymar Jr. Has 53 million. The videos were produced by acclaimed video director Vaughan Arnell and were shot in Madrid and Barcelona respectively. Arnell’s previous work includes commercials for Levis, Dove, Robbie Williams and One Direction.

Michael Hazel, Interim CEO at the Rational Group said, ‘this is the biggest PokerStars marketing campaign in history.’ The global TV launch will take place August 17, and PokerStars will be running a ‘Dream Team Collection’ promotion in parallel to the launch. Players will be able to get involved in a series of online poker challenges and quizzes with a potential $1m prize at the end of it.

Both Neymar Jr. and Cristiano Ronaldo looked pretty sharp on their respective TV commercials, but ESPN believes the former has a lot of work to do when it comes to the fashion department.

Ronaldo gets a thumbs up, alongside the likes of Andrea Pirlo and Xabi Alonso, whilst Neymar Jr, gets the thumbs down along with his teammates Alex Song, Dani Alves and Lionel Messi.

Perhaps, PokerStars could get Daniel Negreanu to have a word in Neymar’s shell?