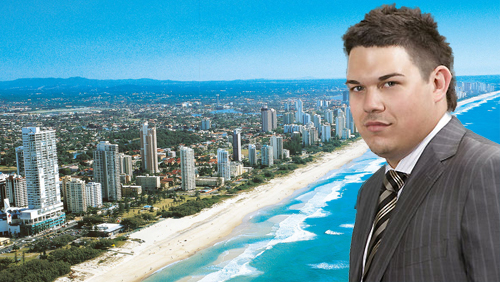 Daniel Tvzetkoff, 32, the man many believe is responsible for bringing down online poker in the US, has been snapped on home turf ‘living like a king.’

The man who brought the online poker payment processing units to their knees has been photographed alive and well in the Gold Coast this week.

Daniel Tzvetkoff, 32, was snapped by photographers, and The Courier Mail ran an article revealing that he was not only back in business but had moved his family into a $2.5 million mansion on the Gold Coast.

The report claimed Tzvetkoff continued to ‘live like a king and travel the world,’ following his discharge from an American safe house where he successfully negotiated his way out of a potential 75-year jail term. The Australian multi-millionaire was in hot water for a whole host of rule-breakages following his decision to handle online poker payment processing and thus violating the Unlawful Internet Gambling Enforcement Act (UIGEA).

Tvzetkoff used the highly lucrative online poker vehicle to create vast sums of money for his online payment processing company Intabill. It became one of the most profitable companies of its type anywhere in the world.

“Intabill not only held 10% of all the poker money on account for six months, but they also held the float used to organize the wins and losses for the players,” Alligator Blood author James Leighton told me during an interview back in the summer of 2013.

Tvzetkoff would later meet Payday loan King Curtis Pope, and the pair took the money out of low-risk investment vehicles such as bank accounts, and instead diverted it into the high-risk payday loan businesses.

“They were making $3m per week at the peak of this activity,” said Leighton.

Leighton first heard of Tzvetkoff when reading a newspaper article. He later approached his publisher Simon & Schuster about the possibility of turning the story into a book. Alligator Blood was that story. In May 2014, it was revealed that Robert Luketic had bought the book’s movie rights. Luketic also directed the true story of the MIT Blackjack Team that brought down the house in Las Vegas called 21.

The FBI arrested Tzvetkoff during a visit to Las Vegas in 2010. Rather than wither away and die in jail, the young whizz kid turned informant and helped the FBI pull the thread that led to the unraveling of a series of UIGEA involved crimes and the subsequent closure of sites such as PokerStars, Full Tilt, and Absolute Poker.

He was ordered to pay $13m in costs and sent back to Australia.

It doesn’t take a genius to figure out that a young man who once earned $3m per week would one day return to ‘living the life of a King.’