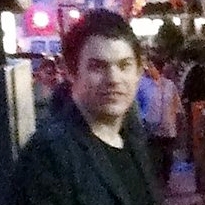 Disgraced former payment processor Daniel Tzvetkoff has been spotted strolling the streets of New York City, according to Australia’s Courier Mail newspaper. Tzvetkoff, who was arrested in April 2010 in Las Vegas on charges of bank fraud and money laundering related to his work processing payments for online poker companies via his company Intabill, was assumed to be the source of much of the info that led to the Black Friday indictments against those same poker companies. It was widely suspected that Tzvetkoff had struck a deal for leniency with prosecutors in exchange for testifying against his former business associates – a suspicion confirmed last month when prosecutors revealed Tzvetkoff would testify against Black Friday financial figures John Campos and Chad Elie. Since that confirmation, both Campos and Elie struck plea deals of their own with prosecutors.

Before Saturday’s sighting, Tzvetkoff had not been seen in public since his arrest. He was rumored to be in the New York area under some form of house arrest/witness protection along with his family. The Courier Mail reported that Tzvetkoff’s wife, son and baby girl (his wife was pregnant at the time of Tzvetkoff’s arrest) were with him as they took “a leisurely family stroll” down Mott Street in Chinatown.

If, as Tzvetkoff claimed, there were ‘people’ shadowing his family on their stroll, the Courier Mail made no mention of being subsequently approached by anyone claiming to be some kind of authority. It remains unclear just how short a leash the US attorneys are keeping on Tzvetkoff. All we really know is that New York City’s thriving pigeon population has increased by at least one.