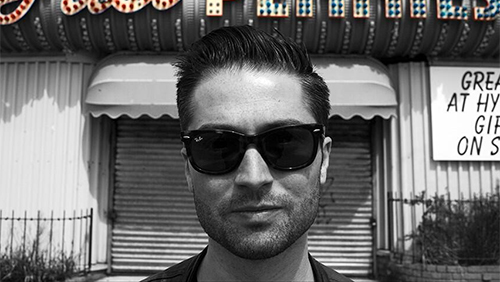 Unless your name is Dan Harrington then writing a poker book is akin to drinking from the poisoned chalice; but that hasn’t stopped Cardiff based author James Leighton from doing exactly that with the impending release of Alligator Blood; the true story of Daniel Tzvetkoff, a young IT wizard who many blame for the demise of online poker in the US. 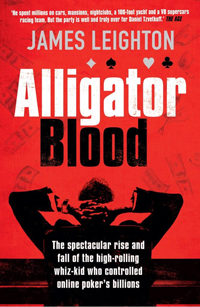 Leighton’s previous books are all soccer related and his last book told the story of the late Duncan Edwards. A Manchester United legend that many felt was one of the best in the world before the Munich Air Disaster so tragically ended his young life. The idea for Alligator Blood came after Leighton read an article about Daniel Tzvetkoff in his local newspaper. He pitched the idea to his publisher, Simon & Schuster, and after some investigatory work Leighton was given his next task, which was to find out if the former multi-millionaire, turned FBI informant, was the cause of Black Friday.

“This book was an absolute nightmare to research,” said Leighton, “Whilst I was writing it the court cases surrounding Black Friday were still ongoing. Each day I would finish a chapter and then something would change. The controversy also made it incredibly difficult to get people to talk at first during those early days.”

Tzvetkoff learned about payment processors the hard way. He was working at Pizza Hut whilst doing some IT work on the side for a group of guys called the ‘Porn Mafia.’ Tzvetkoff was waiting for a large sum of money to arrive, which would have made it possible to leave Pizza Hut, but later learned that a payment processor had a relationship with a bank in St Kitts and it had taken all of his money. He decided to design an ingenious fraud detection system for payment processing, and after partnering with Sam Sciacca, formed Intabill, his own payment processing company.

Things got off to a slow start until Sciacca and Tzvetkoff met Ryan Laing during a conference in New York. Laing introduced the pair to online poker and the cash started to flow into the Intabill coffers in their droves.

“Intabill not only held 10% of all the poker money on account for six-months but they also held the float (used to organize the wins and losses for the players). They could invest that money anyway they pleased. At first it went into low risk investments like bank accounts. Then they learned they could make $100m pretty quickly through Curtis Pope and Payday loans in Las Vegas. They were earning around $3m per week at the peak of this activity. Then Pope and Tzvetkoff started having their disagreements and the whole lot came crashing down. There are lot’s of stories as to how this happened, but you will have to read the book to get the definitive version.”

After Intabill’s demise Tzvetkoff was arrested by the authorities and faced with a 75-year prison sentence decided to turn informant in return for his immunity. He is currently in protective custody. Alligator Blood covers the key relationship between Daniel Tzvetkoff and Curtis Pope as they formed Hugo Services. It is this relationship that Leighton believes brought down the online poker industry in the USA.

“Curtis Pope is a much bigger figure than people believe. He is a fascinating character and people will see that when they read the book. I think people will enjoy reading about him.” Said Leighton.

“He was a regular guy who had this gift for spotting niches in technology, which he exploited to the full. He was friendly and extremely generous. He wanted to be Vinny Chase from Entourage. He loved the show and tried to replicate that lifestyle. Most guys in their twenties, with that much money, in an environment like Las Vegas would probably lose their head; and that is exactly what happened to him, except it had very serious consequences for thousands, if not millions, of people around the world.”

Alligator Blood will be released in the UK and Australia on Aug 29th and will be available from Amazon and all other major bookstores. The US release date has yet to be confirmed and talks are also underway regarding a potential movie.