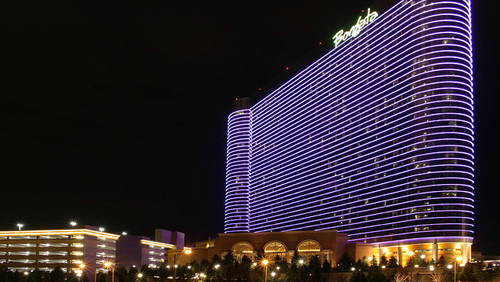 There is no end in sight in the legal feud between Phil Ivey and the Borgata Hotel & Casino. This time, the Atlantic City casino is seeking to have the poker pro’s suit dismissed.

The casino wrote in its Wednesday’s filing: “The facts of this case are undisputed that Mr. Ivey and Ms. Sun set out to deceive Borgata with their sophisticated scheme and they were successful in doing so.”

To recap, the casino accused Ivey and his associate, Cheng Yin Sun, of scamming them out of $9.6 million by card sorting—exploiting a defect in the card manufacturing process to identify the face value of cards—while playing mini-baccarat in 2012. According to Borgata, the technique violates New Jersey casino gambling regulations.

Ivey asserted he won simply because of skill and good observation. In his countersuit, the player said Borgata deliberately destroyed the cards used at the time so it won’t be proven that they conformed to the agreement between the casino and Missouri-based card manufacturer Gemaco.

Borgata filed its legal response, saying it’s normal for used cards to be destroyed and that Ivey and his friend cannot sue them because any injury they suffered was of their own doing.

But Ivey’s lawyers went one better, saying the casino of using free booze and its Borgata Babes to give itself an edge over gamblers. Ivey even said: “Everyone knows that alcohol impairs your judgment, and they offer that, and they have the pretty cocktail waitresses and they’re all very flirty… I got quite a few numbers.”

Of course, Borgata refused to take Ivey’s accusations lying down. On Wednesday, the casino downplayed Ivey’s counterclaims as mere “gimcrackery,” saying the issue of playing cards and even the “complimentary drinks” do not change the fact that the two resorted to card sorting to win.

“This issue is, and has always been a simple one: is edge sorting, as specifically admitted to and practiced by Mr. Ivey and Ms. Sun, cheating or unfair play?” the casino wrote, according to the report. “There is no defense that changes the underlying nature of defendants’ edge sorting scheme. It is either permitted or not, lawful or unlawful, and that is the question before this court.”

This isn’t Ivey’s first run with trouble. The poker pro lost his battle last year to receive the £7.7 million he won playing Punto Banco in London’s Crockford’s casino after the judge ruled that Ivey and Sun’s use of edge sorting can be considered cheating.

Lawsuits and counterclaims aside, Borgata can’t deny that they knew how sharp Ivey’s teeth were even before they invited him into their baccarat boudoir. Still, the casino was confident that they won’t be eaten alive because, you know, the house always wins. Only it didn’t win on that occasion.