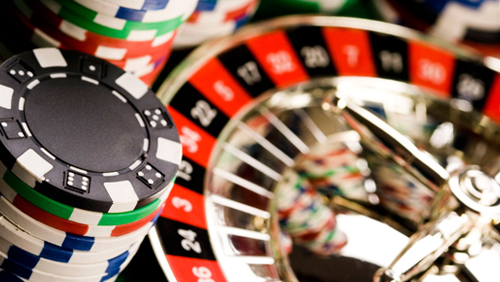 On Monday, Wynn Resorts announced that it has received unanimous approval from the City of Everett Planning Board for the $1.7 billion casino resort.

The board’s approval is a critical step for Wynn Resorts, since it will allow the casino resort to apply for local building permits for the 33-acre casino complex, according to Patch.

This vote is the latest win for Wynn Everett. The casino operator previously received another unanimous approval from the Everett Conservation Commission in addition to the crucial environmental permit that was awarded by the Massachusetts Energy and Environmental Affairs.

Another possible victory for Wynn boss Steve Wynn is the possibility that the lawsuit filed by the City of Boston is close to getting dismissed.

Over at Nebraska, a group fighting to save the state’s horse racing industry has launched an effort that will pave the way for voters to allow casino gaming at the race tracks.

The group, called Keep the Money in Nebraska, wants to all “all games of chance and gaming devices” at the five licensed tracks and one closed track in the state, Omaha.com reported.

The proposal was submitted to state officials last week. If the group succeeds in getting enough signatures, the initiative will give voters in 2016 their first chance to decide on the issue of casino gambling.

Lance Morgan, one of the principals of the group, told Patch it will be easy to gather the needed votes since 58 percent of Nebraskans—according to their survey—support expanded gambling.

Nebraska’s Thoroughbred tracks have been on a steady decline since casinos in Iowa opened. Supporters of expanded gambling said Nebraskans spend up to $400 million each year at Iowa casinos, noting that if casino gambling is legalized in the Nebraska, the state stands to get between $60 million and $120 million in new tax revenue.

Meanwhile, lawyers for the Pojoaque Pueblo tribe in New Mexico want the Denver-based 10th Circuit Court of Appeals to overturn a lower circuit court ruling that blocked them from going through the U.S. Interior Department for a gambling compact, CBS Local reported.

Federal law states that tribes must have compacts with a state if they want to operate casinos, but Pojoaque Pueblo turned to the federal government for a new compact after talks with the state broke down in 2013.

Scott Crowell, a lawyer for the tribe, told the court that the state “didn’t negotiate in good faith,” while Eric Miller, lawyer for the state, said New Mexico has “important sovereignty rights at stake.”

The new compact would lower the gambling age from 21 to 18, as well as allow alcohol on the casino floor in exchange for end revenue sharing with the state, according to the report. However, state government negotiators believe those provisions will only hurt the administration’s attempts to create “a more socially responsible system.”

The tribe’s gambling agreement with New Mexico has expired in June, but its slot machines and gambling tables are still operating under an agreement with the U.S. Attorney’s Office while the appeal is being heard. The appeals court has yet to give its ruling.