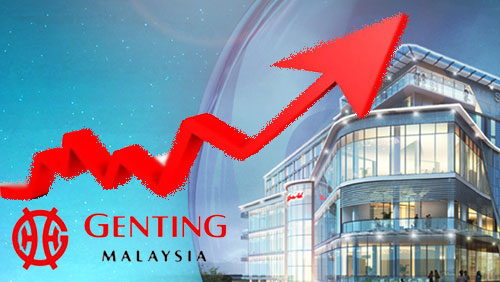 International casino operator Genting Malaysia Bhd reported a net profit of RM230.92 in Q2 2015, down 9.2% from the same period a year ago.

Genting Malaysia Bhd, in a filing with the Bursa Malaysia Stock Exchange, said that the lower profit is attributable to higher pre-opening expenses for Resorts World Birmingham, which will open this year, and the Genting Integrated Tourism Plan—the company’s 10-year master plan for the redevelopment of Resorts World Genting.

Total revenue is up 4% to RM1.98 billion from the prior corresponding period. EBITDA is down 5% to RM436.0 million, despite the 34% increase in adjusted EBITDA achieved by the leisure and hospitality business in the US and the foreign exchange gains on the company’s USD denominated assets.

Revenue from the Malaysian leisure and hospitality business increased by 1% to RM1.3 billion, mainly due to an overall higher volume of business. The gains came despite lower hold percentage in the premium players business and the introduction of Goods and Services Tax (GST) in April 2015.

UK operations, which comprises 6 casinos in London and 35 casinos in the UK provinces, reported a 2% decrease in revenue to RM295.4 million mainly due to lower hold percentage and volume in its premium players business.

“In the UK, the Group continues to experience volatility in its International Markets division in view of the events in Asia affecting the premium players segment. Nonetheless, the Group remains focused on its strategies to grow the business and to improve operational efficiency,” said the company.

United States operations, which include Resorts World New York and Resorts World Bimini in the Bahamas, increased by 23% to RM310.9 million due to higher volume of business at both casinos.

The firm declared an interim, single-tier dividend of MYR0.028 for each ordinary share of MYR0.10, payable on October 22 to shareholders registered as of September 28 and relates to the financial year ending December 31, 2015. The interim single-tier dividend declared and paid for the corresponding period last year was MYR0.03 per ordinary share of MYR0.10.

“Overall, the global economy is expected to expand at a moderate pace in the second half of the year, amid diverging growth momentum across major economies. The Malaysian economy, despite the weakening of its currency and other headwinds, is expected to remain on a growth path underpinned by domestic demand,” said Genting Malaysia. “The outlook for international tourism remains positive across all regions. The regional gaming market, with the ongoing events in Asia impacting the premium players business, remains challenging as evidenced by the continued slowdown in gaming revenues in both the Singapore and Macau markets. The Group continues to be cautious on the near term outlook of the leisure and hospitality industry, but remains positive in the longer term.”