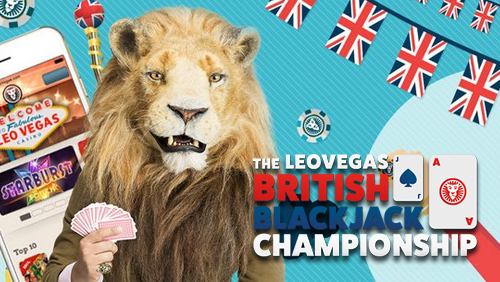 LeoVegas’ first National British Blackjack tournament came to a close last week after a London-based blackjack fan beat seven other finalists to walk away with the £10,000 grand prize and a luxury holiday to Malta.

Hosted in Malta at the luxurious Casino Portomaso, the event saw the eight finalists compete in rounds of high pressure Elimination Blackjack for a share of an £18,000 pot.

Shenaly Amin, UK country manager at LeoVegas: “We understand how competitive the online mobile casino market is and this is why events like this are important to us. They help us engage with our existing players, attract new ones and reward those who made it all the way to the final. This is why we whisked the eight finalists, and their guests, off to Malta to treat them like winners even before the first card was dealt. Finalists enjoyed an amazing Mediterranean dining experience as well as an ultrasonic speedboat ride.”

To qualify for the final, entrants across the length and breadth of the UK battled it out on their computers, phones and tablets, playing the 16 variants of blackjack available at LeoVegas.com.

Blackjack fans can enjoy 18 variations of blackjack by visiting www.leovegas.com

LeoVegas is an online casino that provides world-class game entertainment and offers over 500 + games on mobile, tablet and your computer. LeoVegas is Europe’s fastest and most user friendly mobile casino. With cutting edge technology, innovative data – driven marketing and a strong entrepreneurial management, LeoVegas has grown to become an