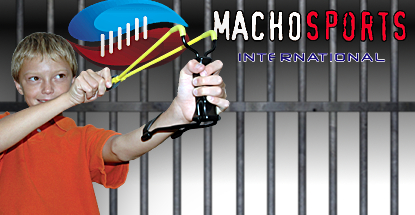 Erik and Jan Harald Portocarrerro were arrested along with 16 other individuals in June 2013 on charges of racketeering conspiracy and running an illegal gambling business. Jan was detained in California while Erik was arrested in Norway and subsequently extradited to the US.

Macho Sports was a classic online credit betting operation, processing wagers over the phone and online via a call center and website based in Peru while settling up with bettors in cash in person. The brothers chose to base their ops in Peru after being investigated for gambling activity in the Los Angeles area in the mid 1990s.

Macho Sports reportedly catered to a high-rolling clientele up and down the California coast. Checks made out to fake names were cashed at check-cashing businesses by local runners, then forwarded to the brothers in Norway and Peru in amounts that stayed below federal reporting requirements. Sub-bookies were instructed to route all phone calls through toll-free numbers and to use scrambling devices, tactics that apparently gave federal authorities fits.

In May of this year, the brothers pled guilty in federal court in San Diego. On Friday, Jan’s attorney Jim Henderson argued for leniency, saying his client’s crimes were just “one of those stupid guy things that guys do sometimes.” Henderson also suggested it was “overkill” to use racketeering laws to go after his client, who he called “as far from a hoodlum or racketeer as a person can be.”

Tough titty, said US District Judge Janis Sammartino, who sentenced Jan to 18 months in prison, while Erik received 22 months, although he’ll get credit for the 381 days he spent in Norwegian custody fighting extradition. Each brother was also hit with a $50k fine and collectively ordered to forfeit $3m in assets bought with the proceeds their gambling activity, including $1.7m in cash. The pair have been ordered to report to prison on Aug. 31.

The case now turns to the ring’s two top bookies, Amir Mokayef in San Diego and Joseph Barrios in Los Angeles. Both men have pled guilty and are awaiting sentencing.

Mokayef’s carelessness ultimately led to the ring’s demise, after he agreed to help out a ‘bettor’ he’d overheard in a bar having a phone conversation that sounded very much like a man having no luck trying to convince his bookie to take his major wager. The bettor turned out to be an undercover FBI agent, who ended up making several bets with Mokayef over the following year. That led the feds to set up an extensive wiretapping operation and the rest is history.