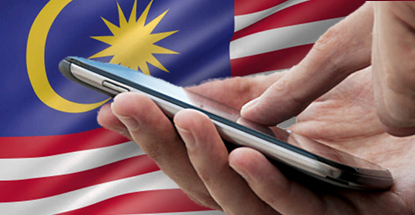 Authorities in Malaysia say they’ve identified an illegal text message gambling syndicate and are waiting for the right moment to crack down hard.

Malaysia has been cracking down on illegal online gambling operators, with the MCMC announcing last month that it had blocked access to 310 gambling sites since the start of the year. Zulkarnain said the use of SMS messaging reflected the difficulties illegal bookies were having conducting business through normal channels as a result of police actions.

According to a Bernama report, Malaysian authorities uncovered the SMS scheme after seizing 11 satellite dishes from the house of a fisherman in Kuala Kurau in the country’s northern state of Perak. The Marine Police Force called it the largest seizure of illegal satellite dishes since their use was declared illegal in 1998.

The illegal betting operation operated ‘off the air’, i.e. without the need to utilize local telecommunications networks. Zulkarnain said the authorities had identified “those providing the platform” but the MCMC was “still waiting for an appropriate time to launch a large scale operation to arrest them.”

Malaysian officials have been under pressure to keep after illegal gambling operators, with Deputy Prime Minister Ahmad Zahid Hamidi recently proclaiming that such activity posed a threat to Malay society.

Late last month, the head of Malaysia’s anti-vice, gambling and secret society unit SAC Datuk Roslee Chik said his department was having talks with the Attorney General about toughening the Common Gaming House Act, Lottery and Pool Betting Act 1967 to give authorities “a fighting chance” against online gambling syndicates.

Roslee said current efforts to eliminate illegal online gambling had had some success but were complicated by the operators’ use of servers based outside Malaysia. But once the laws were amended, “we will nail them.”