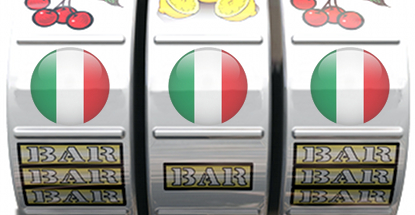 Figures for the first six months of 2015 show overall online gambling revenue rising 9% year-on-year to €398m, thanks mainly to an improving casino vertical, which rose 24% to €153m.

The combination of new betting options and new market entrants (we’re looking at you, Bet365) helped boost online sports betting turnover by 90% to around €1.3b while sportsbook revenue rose 18% to €126m. Meanwhile, the already struggling poker business continued its downward trajectory, falling 15% to €82m.

Figures for the month of June were slightly kinder to the poker vertical, which saw tournament revenue rise 13% to €5.7m, although cash games fell 22% to €6.1m. Sportsbook and casino grew 20% and 22% respectively during the month.

Italian-licensed operators are currently sweating proposed changes to the country’s gambling laws. Italian politicians had attempted to introduce the long-awaited changes – including a sports betting taxation switch from a model based on turnover to one based on gross gaming revenue – but these amendments were stripped from omnibus legislation in June.

The amendments have since been resubmitted as standalone draft legislation, but they now include a proposal to limit gambling promotions to sponsorships and institutional advertising. The harshness of the proposed restrictions has many Italian online licensees crying foul, saying they would have thought differently about paying through the nose for a license had they known Italian politicians were preparing to move the advertising goalposts after the fact.

The threat of these operators filing legal challenges and demands for compensation has most observers convinced that the proposed advertising restrictions are unlikely to pass, at least, not in their current form. Still, doesn’t pay to take your eye off these European pols for a second…