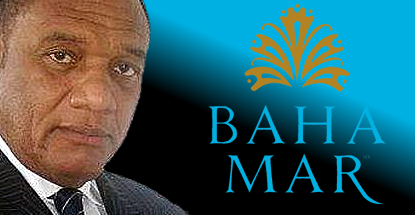 The Chinese contractor building the stalled $3.5b Baha Mar resort casino in the Bahamas is seeking the dismissal of the Chapter 11 bankruptcy proceedings filed by the project’s developer last month.

On Monday, China’s state-owned China Construction America (CCA) told a Delaware bankruptcy judge that it would file a motion to dismiss the bankruptcy proceedings filed last month by developer Baha Mar Ltd. The developer has also sued CCA over its alleged failure to meet construction timelines.

Late last week, Bahamas Prime Minister Perry Christie (pictured) announced that his administration was filing a winding-up petition in the country’s Supreme Court to wrest control over the project from the developer. In a nationally televised address, Christie justified the move by saying that the resort’s completion was “a matter of the utmost national importance.”

Christie said the winding-up proceedings were “designed to work in very similar terms as a Chapter 11 but with the stark difference that they will be controlled by provisional liquidators under the supervision of the Bahamian courts,” rather than by Baha Mar Ltd.

Christie clarified that the move was “not designed to punish” the developer but “to enable the appointment of a neutral party … to work with the key stakeholders under the supervision of the Bahamian court to prepare a strategic and workable road map” for the project’s completion.

BEIJING TALKS GO NOWHERE
Christie also revealed that talks in Beijing with the project’s stakeholders had failed to produce a new agreement. The project is 97% complete but CCA has refused to do any more work until it gets paid the $72.6m it claims to be owed from the developer.

The Bahamian government is Baha Mar Ltd.’s second largest unsecured creditor behind CCA. The government says Baha Mar Ltd. owes $59m in unpaid taxes on top of the $1.2b in tax, land and other concessions it has granted the project over the years.

During last week’s talks, Baha Mar Ltd. was reportedly asking its main backer, the state-owned Export-Import Bank of China (EXIM), for a further $600m to finish the project and meet operational expenses.

Christie said the Chinese firms had “demonstrated flexibility” in agreeing to most of the developer’s requests but had balked when Baha Mar Ltd. refused to withdraw (a) its Delaware bankruptcy filing and (b) the lawsuit it filed against CCA. Christie said Baha Mar Ltd. had also sought “an extended period for further negotiations” that the Chinese partners found unacceptable.

Christie said both CCA and EXIM Bank had “pledged their willingness to work with the Bahamas government” to ensure the project is completed and opens to the public “in the shortest possible time.”

In response to Christie’s address, Baha Mar Ltd. urged the government “not to seize private party assets” while the stakeholders were still talking. Baha Mar Ltd. filed papers with the Delaware court last week claiming that the project would be forced to “downsize” its operations to the bare minimum, including layoffs for most of its 2,400 employees, unless the talks were successful.

The Baha Mar project was waylaid by the economic slowdown in 2008, after which the EXIM Bank stepped in with a $2.45b loan. Since then, the project has been subject to repeated delays and the most recent opening target of Sept. 6 now looks like yet another pipe-dream.