Home / Press Releases / Lions on the the Loose in London 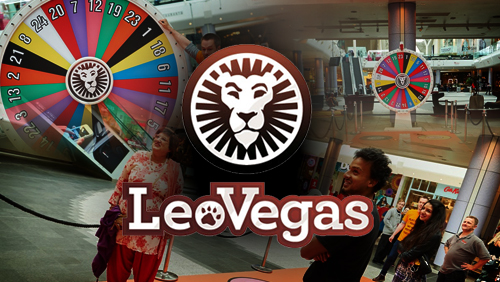 Share a picture of them for the chance to win

London commuters are being encouraged to take a walk on the wild side by capturing a lion on the loose.

LeoVegas.com, the UK’s leading mobile casino, has unleashed a number of lions onto the pavements at the entrance of 15 tube stations around central London.

Leo the Lion has been sprayed as street art onto a number of dirty streets, using ‘clean advertising’ which helps remove dirt from London’s busy streets. Passers-by lucky enough to spot Leo are being asked to tweet pictures to @LeoVegas using #LuckyLion. Five lucky winners will receive an iPad mini.

Shoppers at Westfield London were also be given the chance to win, after LeoVegas.com hosted a life-size Wheel of Fortune in the shopping centre. Members of the public were encouraged to stand on a giant Wheel of Fortune board. If the spinning wheel lands on their chosen colour on the board, they will walk away with Westfield shopping vouchers.

Bosses at LeoVegas.com, the award-winning mobile casino, are setting Leo on the loose and exciting Westfield shoppers to launch their new TV advert.

Shenaly Amin, UK country manager at LeoVegas.com, says: “LeoVegas.com brings the thrills of the Vegas Strip direct to your mobile, so you can always have the excitement while on the move. With this in mind, we wanted to liven up the morning commute and shopping experience by offering people something to be excited about.

“We’d encourage London commuters to keep their eyes peeled for Leo the lion outside tube stations.

If you’re lucky enough to spot the lions, tweet a photo to @LeoVegas with the hashtag #LuckyLion.

Life-size Wheel of Fortune will take place from 11am at Westfield London in Hammersmith on 8th July.

For more information, interview requests or to receive our photographs from the launch please contact: 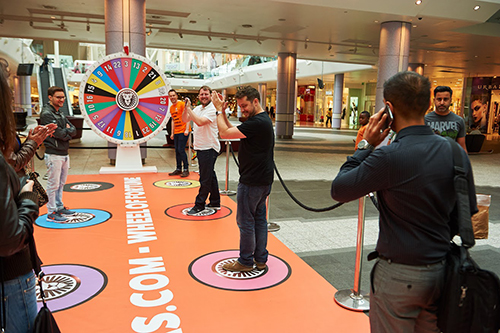 About LeoVegas
LeoVegas is an online casino that provides world-class game entertainment and offers over 350+ games on mobile, tablet and your computer. LeoVegas is Europe’s fastest and most user friendly mobile casino. LeoVegas offers a completely new standard for what you can (and should) expect from your mobile phone.