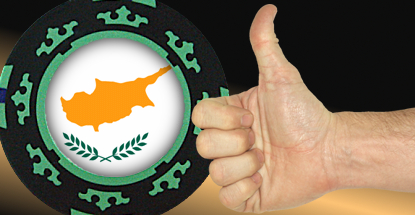 Legislators in Cyprus have approved a bill that will bring the first casino to the Greek-controlled southern half of the island.

On Thursday, the Cypriot parliament approved its long-delayed casino legislation by a vote of 29 to 22. Most of the ‘no’ votes came from the Akel party, a Communist group that echoed opposition voiced by the Greek Orthodox Church regarding the alleged social dangers of casino gambling.

The bill underwent a number of amendments before passage, including the removal of the casino’s ability to offer credit to players. Local Cypriots will also have to submit tax files before being authorized to enter the casino to determine whether they’re sufficiently solvent to get their gamble on.

The lucky casino licensee will be allowed to build four smaller satellite gaming halls in addition to the main casino, but three of these will be limited to electronic gaming machines (EGM) while the fourth will be allowed a limited number of gaming tables.

The casino license would be valid for a 30-year period, including 15 years of exclusivity. The main property would boast a minimum of 100 gaming tables and 1k EGM. The licensee will have broad latitude in deciding where to build its main facility, provided it is situated on privately owned land.

Last week, Commerce and Energy Minister Yiorgos Lakkotrypis said the government would give interested casino companies one month to study the bill’s final text, after which it would begin accepting tenders. Lakkotrypis said examination of the received bids would take “up to eight months.” Three frontrunners would then be invited to refine their bids before a final decision is made a few months later.

The government doesn’t expect the main casino to open for another three years, although the licensee will be allowed to open a temporary facility whenever it’s ready, thereby allowing it to start realizing a return on its investment as soon as possible.

The government expects to receive up to 15 license applications, with names like Caesars Entertainment, MGM Resorts, Malaysia’s Genting and South Africa’s Kerzner International reportedly among the interested parties.