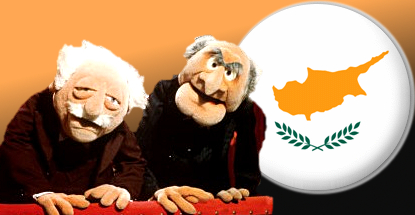 The Greek-controlled southern half of Cyprus has published a draft of its new casino law. The Ministry of Energy, Commerce, Industry and Tourism has posted the bill’s text online in the hope of generating comments before the final language is submitted for approval by the House of Representatives. Commenters have until midnight on Oct. 19 to state their opinions. (View the draft law here.)

The law would allow one resort casino alongside a five-star hotel with at least 500 rooms. The gaming floor will feature at least 100 gaming tables and 1,000 gaming machines. Should the operator wish to offer more than double those figures, approval will be required from the newly created Cyprus Gaming and Casino Supervision Authority (CGC). Smoking will be permitted on the gaming floor and the casino can offer credit to qualified customers. Junket operators will be permitted provided they register with the CGC.

The government plans to impose a 15% monthly tax on gross gaming revenue. The gaming revenue will not be subject to VAT but that exemption doesn’t apply to non-gaming revenue. The initial fee for the 30-year license (15 years of exclusivity) has yet to be determined, but annual fees will be €2.5m in each of the first four years, €5m per year in years four to eight, with subsequent yearly fees to be determined by the CGC. The law also allows for fines ranging from €100k to €1m for various infractions, with prison terms of up to three years for more serious lapses in judgment.

In a Solomon-worthy bit of delegation, the government says it will allow the successful casino applicant to pick the district in which they wish to build their resort, which spares the government of having to pick a winner (and by default, multiple losers). However, the government intends to oversee the resort’s construction, at least partially to avoid any local council’s capacity to gum up the process.

The casino operator will also be allowed to construct four smaller ‘off-site’ gaming premises outside the district in which the resort is built. These satellite operations cannot host table games and will be limited to 50 gaming machines per site. No more than one of these slots halls can go in any one district. The operator cannot transfer or sell the right to operate these halls to anyone else.

The government hopes to narrow the casino applicant shortlist to three before proceeding with more detailed ‘turn your head and cough’ examinations. The government believes it can pass the law by April 2015 and award the license sometime later in the year. Then again, that’s what they said last year, so…