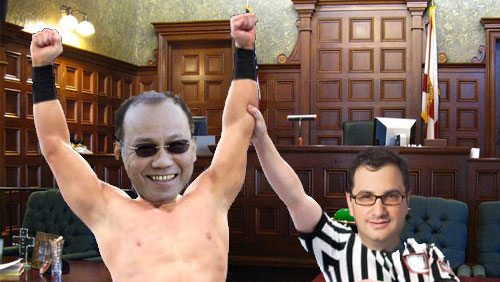 Nevada U.S. Attorney Daniel Bogden told Las Vegas Review Journal on Thursday that the government will not be appealing the decision to the Court of Appeals for the 9th Circuit, even though they disagree with Gordon’s ruling.

Phua was one of eight individuals arrested in July 2014 for allegedly operating an illegal online sportsbook out of three luxury villas at Caesars Palace in Las Vegas. But the justification supporting the government’s search warrants was called into question after the FBI’s tactics were revealed.

In February, Gordon ruled the FBI’s tactics in obtaining evidence is illegal and thus all evidence obtained from Phua’s villa was inadmissible, eventually tossed remaining evidence and dismissed the case.

In Gordon’s decision to close the case, the government was ordered to return Phua’s passport, his $2m bail – which was allegedly paid in full by poker professional Phil Ivey and another unnamed pro, and his $48m private jet.

Phua, who remained under house arrest in Vegas for more than 11 months, is also allowed to play poker in Vegas again but he wasted no time exiting the country, as he flew out to Malaysia just five hours after the case dismissal last month.

“On behalf of Mr Phua, (attorney) Tom Goldstein and my office, we are pleased that the wisdom of Judge Gordon’s decision is not being challenged,” said Phua’s defense lawyer David Chesnoff.

The victory comes too late for the six of Phua’s seven co-defendants – including his son Darren Phua– who reached plea bargains with the feds, while charges were dropped against the seventh defendant.