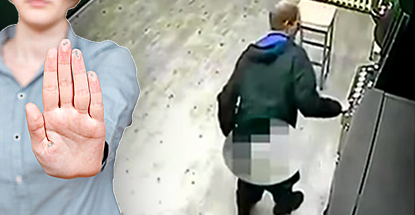 Last Friday, police were summoned to Pennsylvania’s Parx Casino after staff reported a man had urinated in a slot machine’s coin tray. Upon arriving at the casino, police found 53-year-old New Jersey resident William Compton not at all receptive to suggestions he leave the premises.

According to police, Compton became physically combative when they tried to forcibly remove him. (Which is odd, because Compton was clearly no longer full of piss and vinegar.) In due course, Compton was subdued, handcuffed and taken to jail, where he was charged with resisting arrest, disorderly conduct and “related offenses.” Compton has a court date set for July 2.

This isn’t the first time a Pennsylvania casino has been soiled in this manner. In March 2014, a Rivers Casino card dealer called security after noticing that the gambler at his table had urinated in his pants. Escorted to the exits, the drunk decided to exact his revenge by defecating on the casino’s glass door.

Public defecation should seem like an extreme act, but just check out the nonchalance with which this arcade gambler drops trou in an unidentified UK arcade. The urge within him is clearly building as he can be seen fidgeting and crossing his legs, all without interrupting his use of the gaming device. Eventually, things reach a crisis point and he casually wanders over and drops a deuce in a corner of the room.

Amazingly, instead of hightailing it out of there like a cat who just left his litter box, the crazy crapper goes right back to his game. But he soon pauses to expel another poop pellet, this time without moving so much as a foot away from the machine. Worse, he goes right back to pushing the machine’s buttons with his fecal fingers. Moral of the story? Gamble online, because you can take your mobile right into the toilet stall.