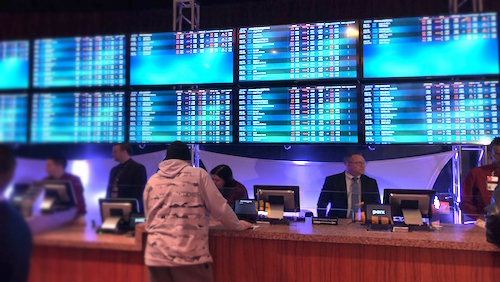 The parent company of Parx Casino in Philadelphia, Pennsylvania, Greenwood Gaming, is getting serious about sports gambling in the state. It launched its first sportsbook at Parx before following it up with a second license request for the South Philadelphia Turf Club and is now looking for its third license, to be issued to the company’s Valley Forge Turf Club.

The license, if approved, will more than likely be issued in March or April. Based on previous license approvals, the turn-around time is about six weeks, which means that the latest request probably won’t be decided during this month’s meeting of the Pennsylvania Gaming Control Board (PGCB).

There are currently six sportsbook licenses issued in the state and 13 total are up for grabs. Presque Isle Downs submitted its application last month and is expected to hear a ruling on its approval, or denial, when the PGCB meets tomorrow.

Last December, there were three sportsbooks operational in the state – Sugar House Casino in Philadelphia (or Philly to its friends), Rivers Casino in Pittsburgh and the Hollywood Casino at Penn National Race Course. They did well for themselves, reporting a combined handle of $16.3 million. Of that amount, Pennsylvania raked in $722,356 in taxes.

Of the Greenwood properties, Parx launched its sportsbook on January 8 and the SPTC followed on January 17. The Valley Forge venue is already gearing up for its own sportsbook and the company asserts that it is an “exceptional location” for sports gambling, given its proximity to the “Main Line” neighborhood in Philly, as well as the King of Prussia Mall and the Pennsylvania Turnpike.

Operating a sportsbook in Pennsylvania is not an inexpensive endeavor. Licenses cost $10 million each and companies must pay taxes of 36%, some of the highest in the industry across the country. The upfront fees and taxes led many analysts to predict that the market would not find traction in the state, but the casinos are proving them all wrong. Despite having to lay out a serious amount of cash, there is still plenty of money to be made in sports gambling and those with the intestinal fortitude to stomach the big drop in cash to get started are the ones that are going to reap the rewards in the long term.