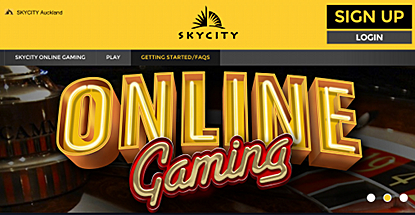 The video poker, slots and casino table games at the new Skycityonline.com cost nothing to play but Problem Gambling Foundation CEO Graeme Ramsey told Auckland Now that he doesn’t “for a second believe this is altruistic.” Ramsey called it “pure promotion” on behalf of SkyCity, which he accused of devising “a way to try and reach out with a new form of advertising.”

Well, duh. But SkyCity is just keeping pace with the rest of the global brick-and-mortar casino industry, which has embraced free-to-play sites as a valuable tool in their promotional arsenal. The Skycityonline site was launched this week via invitations to the operator’s Premier Rewards members and rewards won online can only be redeemed by members at SkyCity’s casinos in Auckland, Hamilton or Queenstown.

A SkyCity spokesman said the company had taken steps to minimize overuse of the site, like limiting free credit refills to twice a day, and not selling virtual chips to virtual degens. Players can win spot prizes of SkyCity Vouchers and Premium Bonus Dollars for Premier Rewards members, but here as well, these can also only be redeemed in brick-and-mortar world.

Other than the New Zealand TAB, online gambling is illegal in New Zealand and SkyCity insists that its new site isn’t a real-money online gambling Trojan Horse. “SkyCity has not advertised the site beyond its existing customer base and has no plans to move to a ‘real money’ gaming site.” None of that impresses Ramsay, who insists Skycityonline “is not a step in the right direction.”

Ramsay should relax. Skycityonline is limited to players over 20 years of age, but even if it wasn’t, studies have shown that the perception that online social casino games ‘groom’ young people for real-money online gambling is “out of touch with commercial and consumer reality.”