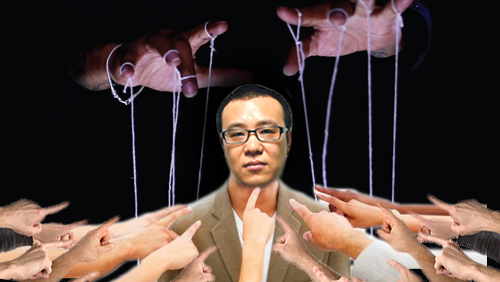 Evidence submitted by the Chinese embassy to the Philippines government shows that Bo Wang leads a P91b crime syndicate in China.

The Chinese embassy also said that the proceeds of the illegal gambling business were being brought to the Philippines to be laundered and to expand Wang’s illegal network.

These documents were submitted by Chinese Embassy through Police Attache Fu Yufien on May 22 to show that Wang was a fugitive wanted by Interpol and the Chinese government for illegal gambling and money laundering, and that he posed a risk to the Philippines.

This evidence prompted Immigration Commissioner Siegfred Mison to vote for the reversal of the May 21 release order that would have freed Wang and restored his businessman status.

“The amount of money in this case is 13 billion Yuan (or P91 billion). It is huge,” according to the documents submitted by the Chinese Embassy to the Bureau of Immigration (BID) and the Depatment of Justice (DOJ).

“Wang Bo was suspected of opening casinos and illegal business operations… [and] was listed as [a] fugitive by the Jiusan Nongken Public Security Bureau on May 26, 2014,” the Chinese embassy said.

“Wang Bo, as the key player of the Skybet network gambling company, has returned to China many times for applying for bank cards with other Chinese people, such as Chen Dingson, Yan Rongsheng, etc.,” said the Chinese Embassy in a document titled “About the Suspect Wang Bo’s Crime on Opening Casino and Illegal Business Operation.”

A copy of the documents, obtained by the Manila Standard, showed that Wang had “all the bank cards carried into the Philippines” for his gambling activities, which he had obtained with the help of his relatives.

“His relatives (parents and sisters) also helped him apply for bank cards for the gambling fund flow of his company,” the embassy said.

Wang’s lawyer Dennis Manalo said that his client is not the fugitive the Chinese Embassy is looking for, and since Wang is a “successful businessman who has earned powerful social and political enemies” in China, deporting him back to his country would endanger his life.

Sources inside the Manila gaming industry familiar with Wang suggest that “he was recruited specifically because of his good reputation to act as a front for Skybet,” which the source suggests is just a money laundering operation. It’s unclear how much actual power or authority Wang had in the overall operation.

I would speculate that while the Chinese government alleges Wang is the head of the P91b crime syndicate, it’s hard to fathom that someone who started at an entry position at Dafabet just a few years ago could have built a gambling empire so large so quickly, unless he’s Lex Luthor or the Joker.

In targeting Wang, China could be cutting off the tail of the snake but the head is still out there and will keep moving after this fiasco blows over.